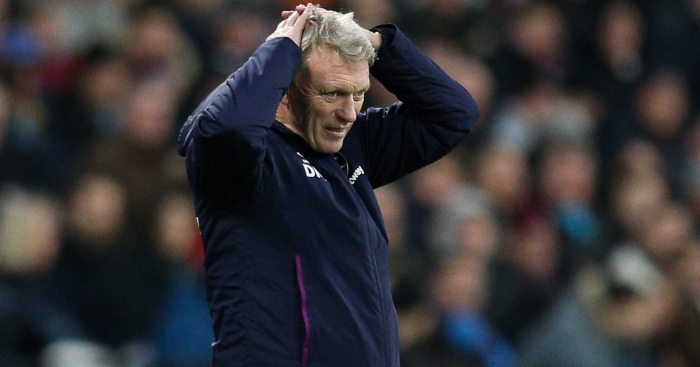 David Moyes felt West Ham let an opportunity to pick up three valuable points slip through their fingers after they were held 1-1 by Everton.

The Hammers were good value for the first-half lead given to them by defender Issa Diop, but Everton his back almost immediately through Dominic Calvert-Lewin.

“I thought it was an opportunity to get three points but Everton are in form. So I knew would be tight and with both teams missing a couple of better players I thought it might be nip and tuck and come down to set-pieces, and it did.

“But every point is really important at the moment, we’re in a tight part of the division.”

Diop struck with a header from a Robert Snodgrass free-kick, but Calvert-Lewin finished at the far post from a corner to deny West Ham owners David Sullivan and David Gold a happy anniversary.

This weekend marks 10 years since Sullivan and Gold bought West Ham, and the controversial duo admitted in their programme notes that the club have not progressed on the pitch as much as they had hoped in that time.

It was hard to argue against that sentiment as West Ham were 17th when they took over, and a decade on they kicked off against Everton in precisely the same position.

In fact, “10 years of failure” was the verdict of the hundreds of disenchanted fans who gathered outside the stadium to protest against the owners before the match.

Moyes added: “The best thing I can do is give them a team. I want the supporters to stay right behind the players.

“There’s been small improvements, we’re not conceding too many goals, but what we need is to get them a team to give them something to shout about. I’m happy to take that responsibility.”