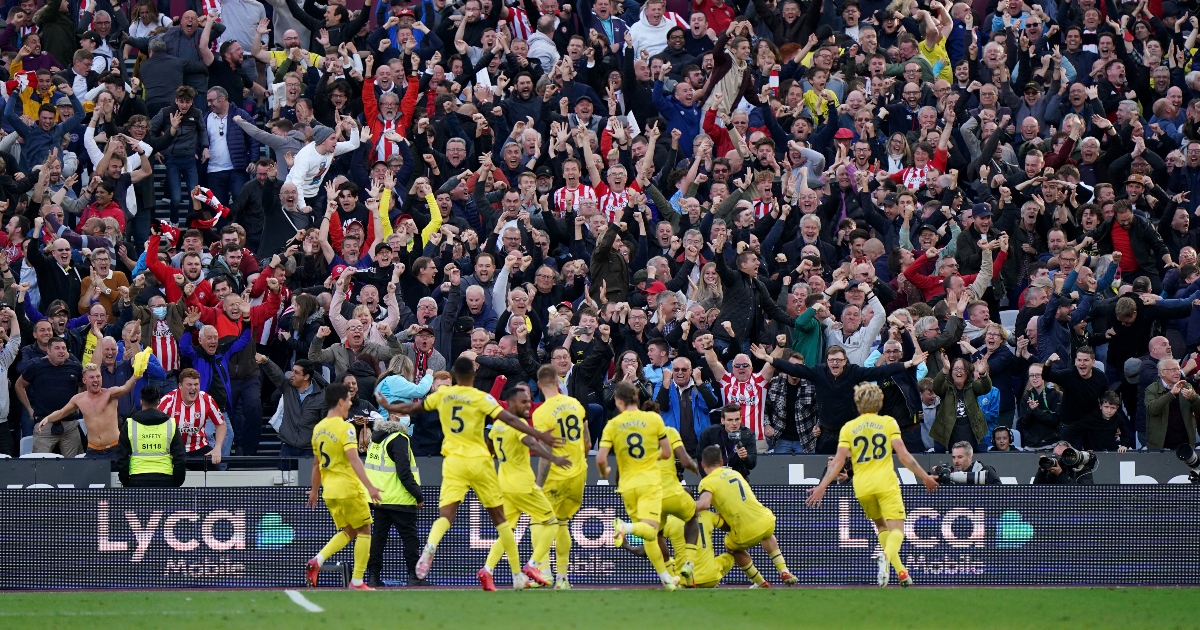 Yoane Wissa was on target in stoppage-time as Brentford stunned West Ham 2-1 at the London Stadium.

Jarrod Bowen thought he had scrambled the Hammers a draw with his first goal in 15 Premier League games 10 minutes from time, but replacement Wissa blasted into the net after the hosts failed to clear from a Mathias Jensen free-kick.

Brentford are succeeding on a diet of analysis and community

But then Lukasz Fabianski parried Pontus Jansson’s head from Jensen’s whipped free-kick, and Wissa rushed onto the ball to deliver the killer blow.

Brentford could have been two goals to the good within minutes of kick-off, and Mbeumo should have buried at least one of his two chances.

First the Frenchman hit the bar with a fine curling effort after a corner, then he headed wide from Rico Henry’s cross.

West Ham failed to heed the warning signs, but were reprieved again when Ivan Toney’s low volley was neatly saved by Fabianski.

Kurt Zouma nodded just wide from Aaron Cresswell’s corner as the hosts continued to press, but any parity proved short-lived for the Hammers.

Toney’s defence-splitting pass sent Sergi Canos crashing through on goal, and his angled shot forced a loose parry from Fabianski.

Mbeumo was not only first to the rebound but also slid the ball just over the line.

Fabianski almost recovered, but could not make contact with the ball before it had entirely crossed the line.

Henry toed the ball off Bowen’s foot just when the Hammers forward looked primed to pull the trigger, Said Benrahma curled wide from 18 yards under little pressure and Pablo Fornals wasted a fine chance with a poor cross.

Toney outfoxed Zouma, leaving the former Chelsea defender for dead before drawing a foul that earned the France international a deserved booking.

West Ham started the stronger after the break, the hosts pushing hard for an equaliser.

Bowen’s heavy touch took him too wide for a one-on-one with Brentford goalkeeper David Raya however, wasting another promising opening.

The former Hull hitman then spurned a glorious chance, heading wide from point-blank range after a neat Vladimir Coufal cross.

Fornals lashed a Michail Antonio cross goalwards as West Ham continued to dominate, only for Henry to conjure a stunning block.

The home side failed to turn plenty of promise into anything tangible however, losing momentum on the hour-mark and struggling to push back into the ascendancy.

Just when West Ham started to sweat on a route back into the contest though, up popped Bowen with an accurate low strike to nestle in the Brentford net.

The hosts thought they had secured a point, but there was to be one more twist, with Wissa powering home in style – stunning Moyes’ men and sending the visitors home with all three points.