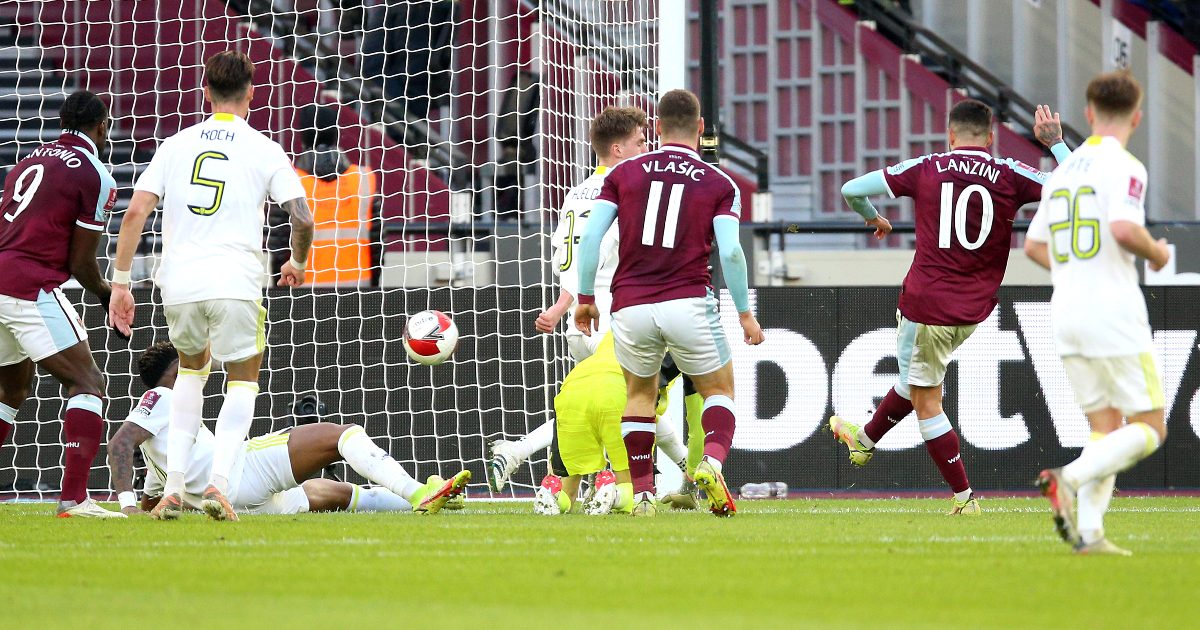 A goal in either half from Manuel Lanzini and Jarrod Bowen helped West Ham knock Leeds United out of the FA Cup.

Lanzini and Bowen got on the scoresheet as West Ham got the better of Leeds at the London Stadium.

It is now five years since the Yorkshire side have won an FA Cup tie and the Hammers strolled to victory.

Moyes named a strong Hammers side and they almost took the lead after just 10 minutes when Declan Rice’s cross from the byline was met with a poor defensive header.

The loose ball fell at the feet of Bowen but Luke Ayling had managed to get back onto the goal-line to block the forward’s shot.

Michail Antonio, a surprise inclusion given the Hammers face Norwich in a rearranged Premier League match on Wednesday, then saw a curling effort loop onto the roof of the net.

A host of injuries in the Leeds squad had prompted boss Marcelo Bielsa to hand debuts to Lewis Bate and Leo Hjelde and a first start to a third 19-year-old, Sam Greenwood.

It was a tough entry into the senior ranks for Bate, up against Rice and Tomas Soucek in a full-strength West Ham midfield, but he did get a shot away which Hammers keeper Alphonse Areola held.

The hosts were dominating, though, and their first goal arrived in the 34th minute when Nikola Vlasic tried to give Hjelde the slip in the area and both landed in a heap.

Vlasic managed to hook the ball away from Leeds keeper Illian Meslier and it eventually squirmed back to Lanzini, who lashed it home from 10 yards.

VAR Peter Bankes had a long, hard look at the replays before eventually deciding there was no offside against the lurking Bowen, and the goal stood.

Ryan Fredericks should have doubled the lead in first-half stoppage time after a lovely one-two with Bowen, but the full-back’s finish was too close to Meslier.

Bielsa replaced Greenwood and Bate with Raphinha and Stuart Dallas at half-time.

But it was West Ham who were the more threatening after the interval with Meslier saving with his feet from Bowen and Fredericks fizzing a shot across goal and wide.

Instead another early Leeds exit was confirmed when Antonio broke clear from a visitors corner and squared for Bowen to wrap up the victory.