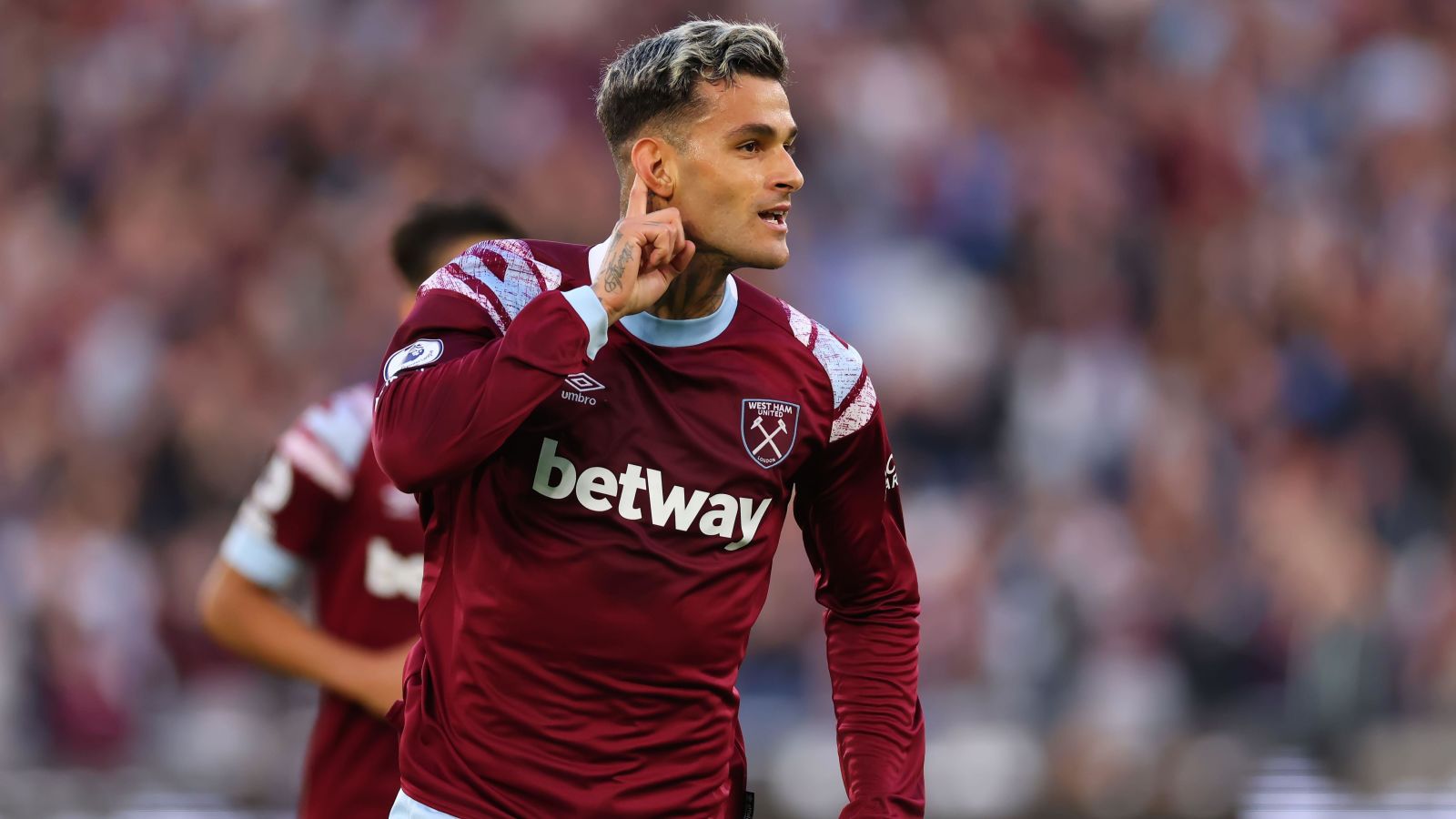 Gianluca Scamacca and Jarrod Bowen scored their first Premier League goals of the season to drag West Ham out of the relegation zone at the expense of Wolves.

Scamacca, the £30million summer signing from Sassuolo, finally opened his account domestically with a fine strike from the edge of the area.

Bowen, who was picked for England’s last Nations League squad but failed to get on the pitch, then wrapped up a 2-0 win with some nimble footwork after the break.

Wolves boss Bruno Lage handed Diego Costa a 30-minute cameo as a substitute but the 33-year-old former Chelsea striker, signed as a free agent last month, could not prevent the division’s lowest goalscorers from slipping into the bottom three.

With Nathan Collins suspended for his wild challenge on Jack Grealish last month, Wolves skipper Ruben Neves was forced to drop into the unfamiliar role of central defender on his 150th appearance for the club.

The Portugal midfielder’s task for the evening was not made any easier when he picked up an early booking for a body-check on Bowen.

Bowen smelled blood and ran at the Wolves rearguard relentlessly with the type of performance that could yet earn him a place in the World Cup squad.

The visitors actually had eight Portuguese players in their starting line-up – a record for one nationality, other than English, in a Premier League team – and another of them, Daniel Podence, tried a long-range shot which Lukasz Fabianski tipped over.

West Ham should have gone ahead when Bowen’s shot was spilled by Jose Sa to the feet of Scamacca but the Italian striker scooped the rebound wide.

However, Scamacca made no mistake in the 29th minute after his pass found Bowen down the right.

When the England winger eventually ran out of room in the area the ball broke back to Scamacca, who flicked the ball up before smacking a superb 20-yard half-volley past Sa.

Wolves looked to hit back and Podence had another effort saved before Adama Traore’s volley bounced wide.

But West Ham doubled their lead in the 54th minute when Thilo Kehrer’s drive spun into the path of Bowen.

The 25-year-old still had plenty to do but he danced around full-back Rayan Alt-Nouri before burying a low shot inside Sa’s near post.

Costa made his entrance three minutes later for a first Premier League appearance since May 2017, and a first anywhere since January.

But when the veteran’s chance came from a Traore cross the rust showed as he planted a free header wide.