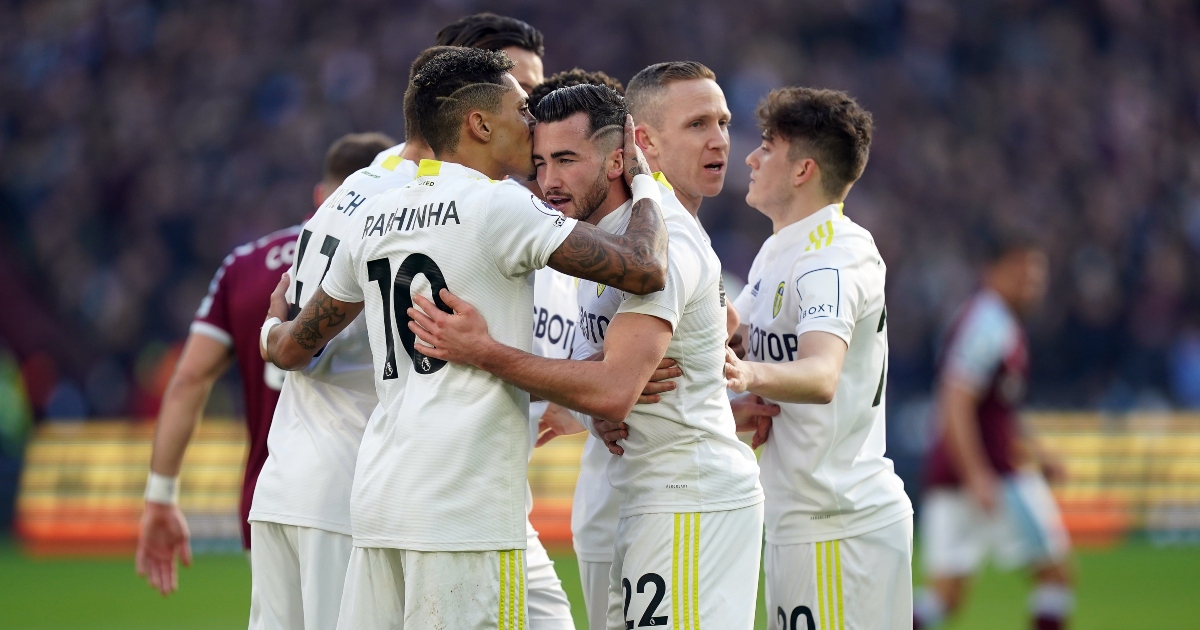 But unlike a few miles up the road in north London, there were no thoughts of a postponement, with boss Marcelo Bielsa insisting before the game “we don’t have any reasons to ask for it”.

The Hammers are also low on numbers, missing Tomas Soucek through Covid-19 again, and three matches in a week looked to have caught up with them.

The Whites had limped out of the FA Cup at the same ground last weekend but started this match with far more purpose and took the lead after 10 minutes.

Luke Ayling’s ball over the top sent Raphinha clear down the right and his cut-back found Mateusz Klich in the area.

Kilch’s shot was beaten away by Hammers keeper Lukasz Fabianski, but Adam Forshaw was first to the loose ball and laid it back for Harrison to lash home.

Leeds’ injury problems deepened midway through the first half when both Forshaw and Junior Firpo limped off.

But Leeds retook the lead almost immediately when Ayling flicked on a corner from Raphina and Harrison pounced at the far post.

Dan James twice had the chance to extend the advantage in first-half stoppage time, but he shot tamely straight at Fabianski and then curled another opportunity wide.

Instead West Ham hauled themselves level again six minutes into the second half when Fornals skipped past Ayling and Pascal Struijk in the area before wrongfooting Leeds keeper Illan Meslier with a clever finish.

However, the match swung the way of Leeds again on the hour mark after Nikola Vlasic lost possession on the halfway line.

Raphinha galloped forward and sprayed a superb through-ball to Harrison, who expertly lifted his shot over Fabianski to complete a sparkling treble.

The Brazil winger almost got in on the act himself with a free-kick which crashed back off the post with Fabianski beaten.

Klich thought he had added a fourth when he rifled in another cut-back from Raphinha, but his shot took a slight deflection off the offside Rodrigo on the goal-line.

Hammers substitute Andriy Yarmolenko also had an effort ruled out for offside and Bowen somehow chested a last-gasp chance over the crossbar with the hosts unable to hit back for a third time.