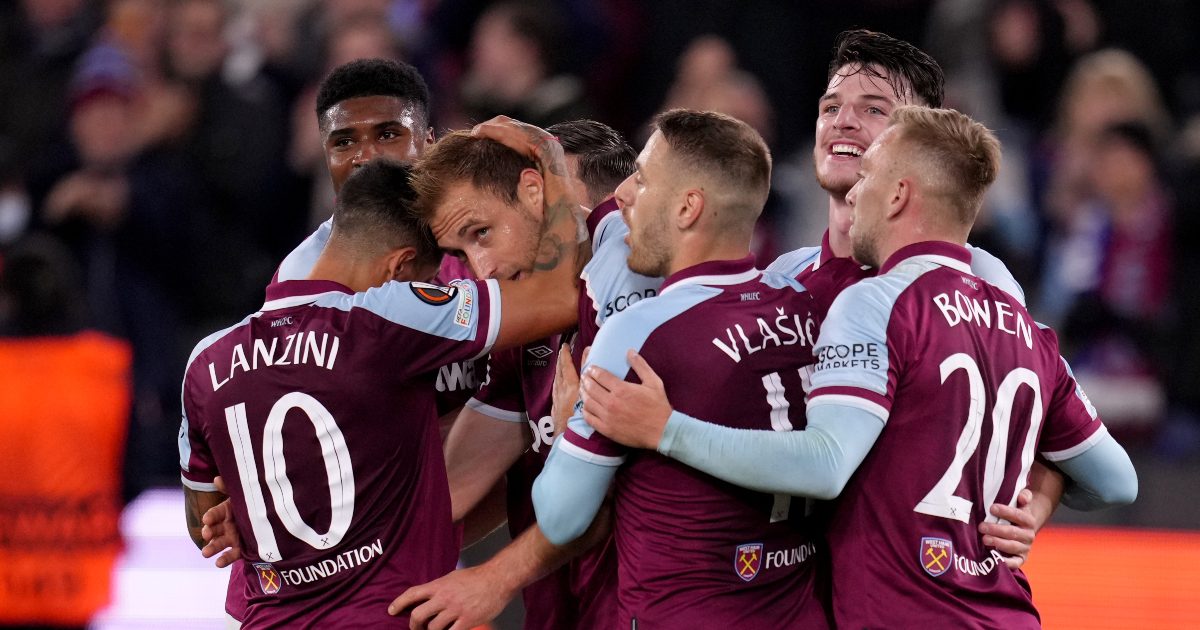 West Ham United kept their perfect record in the Europa League group stages intact as they cruised to victory over Genk on Thursday night.

Craig Dawson, Issa Diop and Jarrod Bowen got on the scoresheet as West Ham remained in control of Group H.

The Hammers could qualify for the knockout stages as early as their next game as they sit six points clear at the top of their group.

Unlike Sunday’s opponents Tottenham, who left their entire starting XI at home for their unsuccessful continental trip to Vitesse Arnhem, Hammers boss David Moyes kept the likes of Bowen, Declan Rice, Tomas Soucek and Aaron Cresswell in his line-up.

Moyes is clearly eager to secure qualification as quickly as possible, although he took no risks with striker Michail Antonio, having rested him completely ahead of the London derby.

Antonio’s absence as the focal point of West Ham’s attack was felt in a disjointed first half against the Belgian Cup holders.

The hosts were given an early fright when Genk had the ball in the net after Theo Bongonda converted a cross from Junya Ito, but the latter was offside.

Soucek had needed plastic surgery on some horrific facial injuries earlier in the week, having been caught by a stray boot against Everton on Sunday.

But that did not stop the Czech international getting his head to a Rice cross for West Ham’s best chance of the opening stages, with Genk goalkeeper Maarten Vandevoordt making a diving save.

With the Hammers settling down, Bowen missed a golden opportunity on the half hour when he kicked at thin air in front of goal from Ben Johnson’s inviting low cross, and Dawson headed over from a corner.

Yet West Ham had another lucky escape when goalkeeper Alphonse Areola was beaten to a cross by Genk’s towering striker Paul Onuachu, whose header looped just wide.

Bowen failed to get on the end of another low cross, this time from Cresswell, before West Ham broke the deadlock in first-half stoppage time.

Cresswell swung in a corner and centre-half Dawson rose highest to steer the ball home off his shoulder.

West Ham have become set-piece specialists under Moyes and they were at it again at the start of the second half, Dawson’s defensive partner Diop heading home at the near post from Cresswell’s free-kick.

Moments later the hosts stole possession near the halfway line and Bowen galloped forward before firing home a fine solo goal to wrap up the victory.