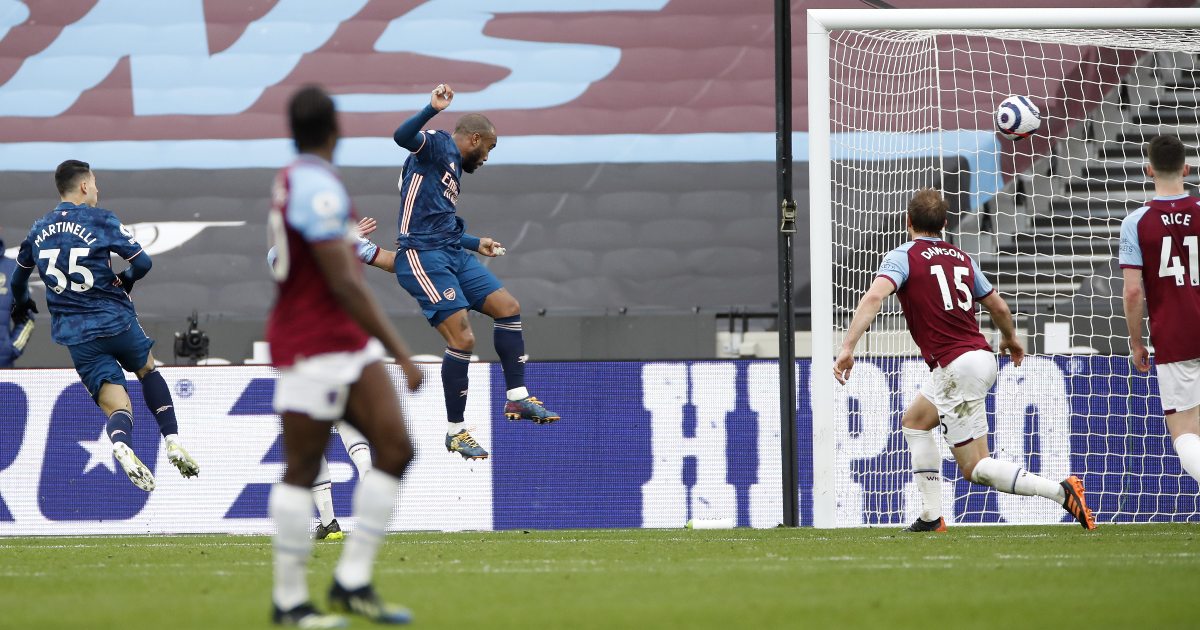 The Hammers looked to be cruising towards a victory which would have seen them draw level with Chelsea in fourth after goals from Jesse Lingard, Jarrod Bowen and Tomas Soucek put them in complete control.

But own goals from Soucek and Craig Dawson hauled Arsenal, at times shambolic in the first half, back into the match and Alexandre Lacazette’s late header earned the visitors a point.

Hammers boss David Moyes was criticised for his unadventurous selection at Manchester United last weekend, but against the Gunners he unleashed Lingard, Bowen, Said Benrahma and Michail Antonio.

All four were involved as West Ham raced into a two-goal lead with only 17 minutes gone.

First Antonio played a one-two with Benrahma and reached the byline before cutting the ball back to Lingard, who took a touch on the edge of the area before arrowing a fierce drive beyond Bernd Leno.

His quickly-taken free-kick caught Arsenal completely off guard, allowing Bowen to dart through on goal and finish past Leno.

It was a horror show from the Gunners defence, who had switched off for the free-kick, and from Leno who was beaten far too easily at his near post.

West Ham were three goals to the good after half an hour when Soucek turned Antonio’s downward header home.

But Arsenal pulled one back when Lacazette tucked away a cross from Calum Chambers via a deflection off Soucek.

And they almost grabbed another before half-time when Lacazette’s flick sent Bukayo Saka racing through, but he placed his shot too close to former Gunners keeper Lukasz Fabianski.

Moments after the interval Lacazette latched onto Chambers’ clever pass and managed to dink the ball over Fabianski, but Issa Diop got back to make an acrobatic goalline clearance.

Arsenal halved the deficit on the hour mark when another dangerous ball from Chambers was turned into his own net by the unfortunate Dawson for his second own goal in a week.

The Hammers almost secured the points when Antonio slid in to thud Benrahma’s low cross against the far post.

Instead Arsenal were celebrating an unlikely point when Nicolas Pepe teased a fine cross into the path of Lacazette, who powered his header home.