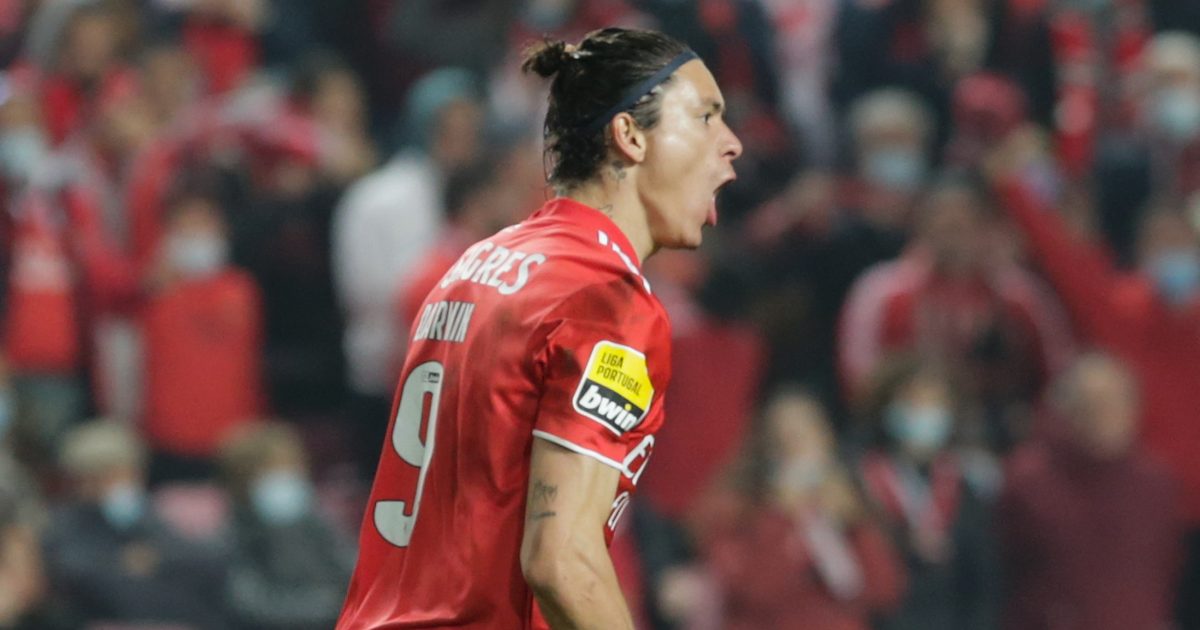 According to reports, West Ham have ‘agreed a fee’ with Benfica for their striker Darwin Nunez but it will be ‘difficult’ to complete the deal before the transfer window shuts.

Brighton ‘made an enquiry’ for the Benfica forward during the summer transfer window. He was also linked with Newcastle United earlier this month.

Nunez signed for Benfica ahead of the 2020/21 season from Spanish side Almeria.

The 22-year-old has been in superb form for the Portuguese side over the past two seasons. He has scored 34 goals for them from his 69 outings across all competitions. This includes 20 goals from 25 appearances this term.

West Ham have been keen to sign a new striker this month but they are yet to bring anyone in.

Sky Sports are reporting that West Ham are ‘pushing’ to sign Nunez on deadline day and they have ‘agreed a fee’ with Benfica.

But ‘it may be difficult for a deal to be done logistically’ given that the player is currently away on international duty with Uruguay.

“The comparison between him and Mo Salah, we have looked at the way Salah stands the defender up and stops and then goes again or uses the defender to curl the ball around into the far corner,” Pearce told talkSPORT.

“I think it is just picking up a few comparisons that can help Jarrod with his game a little bit.

“Starting a run, then stopping it and killing a defender in his tracks, then going again, little things like that. That is why I still think he has more to come in his game.”

Despite this, Pearce still thinks that Bowen has room for improvement:

“I still think there is a lot more to come from him, I really do,” Pearce added.

“He has great energy, he has an eye for a goal and can finish with both feet and that is the beauty of Jarrod.

“Sometimes you look at players and they look the complete article, I think with him, and we have various players within our ranks, that I think have got more to come.”