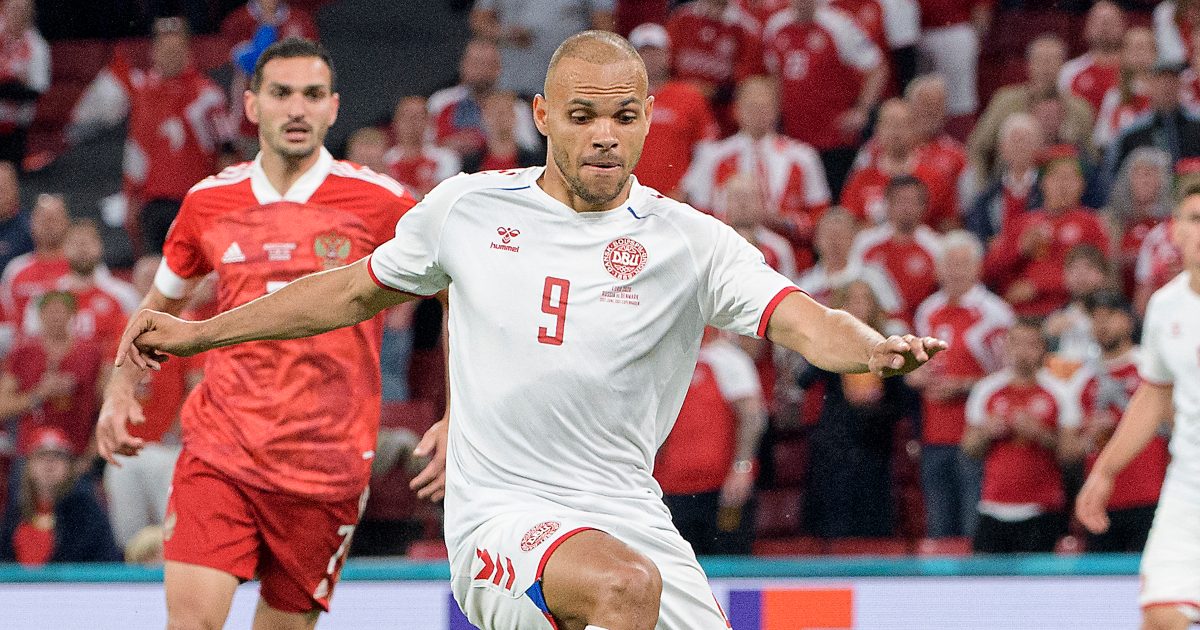 West Ham, Brighton, Burnley and Norwich City are all interested in Barcelona forward Martin Braithwaite, according to reports in Spain.

Braithwaite previously had a spell in England with Championship side Middlesbrough between 2017 and 2019. In that time, he scored nine goals from his 40 outings.

After impressing for La Liga outfit Leganes, Barcelona triggered his €18m release clause to sign him in February 2020.

Thankfully, Gareth Southgate is not a moron…

Braithwaite has played 53 times for the Spanish giants. He is currently impressing for Denmark at Euro 2020. He started in all three of their games in Group B.

Spanish outlet Sport have reported that the forward is not part of Barcelona’s plans. West Ham, Brighton, Burnley, Norwich and a Russian club are all “on the prowl” for him.

They add that Barcelona are hoping to recover as much of the €18m they paid to sign him as they can this summer.

“I spoke to someone over the weekend who knows Declan pretty well and I said to them: ‘Where’s his head at?’

“And he said ‘actually you’d be surprised, Rice is leaning towards being very open to leaving if the right offer comes along.

“So that’s interesting in itself. I think Declan Rice realises that this is a fantastic opportunity for him in the form he’s been in, breaking into the England starting XI.

“We often see players make moves when they’re at this point and they know that, in a year’s time, that opportunity could pass them by.

“People who work for Declan Rice have said in the past to the likes of Manchester United, Manchester City and Chelsea that he’s willing to leave London if the right offer is there, the right terms, the right project.

“He’s got his eyes open, with regards to the future.

“I still think, personally, that Chelsea is the most likely place Declan Rice ends up.