Home Liverpool West Ham, Aston Villa on ‘alert’ as Liverpool willing to listen to offers in excess of £10m for outcast 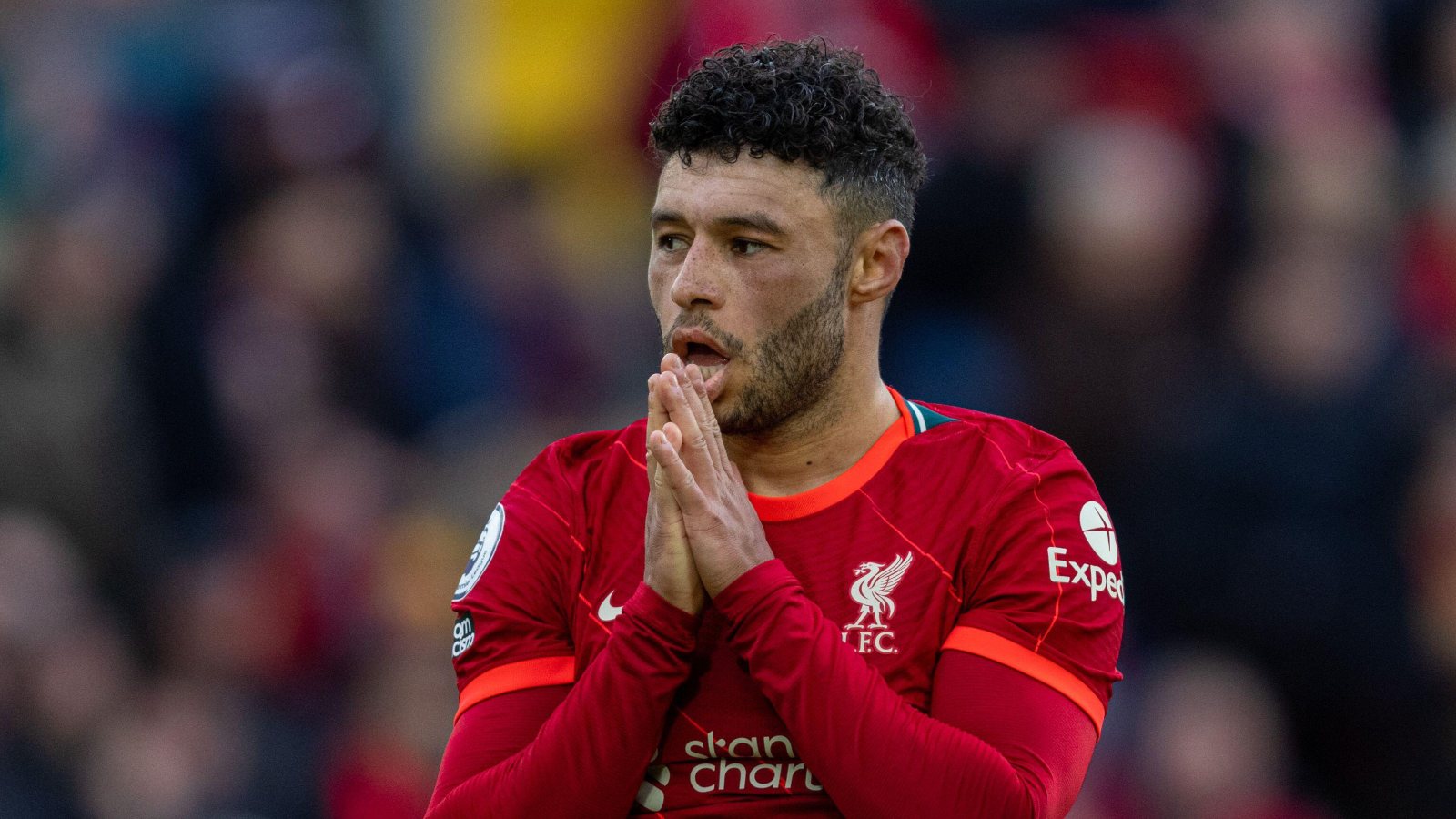 Liverpool midfielder Alex-Oxlade Chamberlain has been put up for sale, leading Aston Villa and West Ham to be put on ‘red alert’ according to reports.

The 28-year-old has struggled for game time this season with a number of players ahead of him in Jurgen Klopp’s pecking order.

Jordan Henderson, Fabinho and Thiago are Klopp’s favoured trio whilst the likes of Naby Keita, Curtis Jones, James Milner and Harvey Elliott have all featured more than Chamberlain.

The Mirror are now reporting that he will be available this summer for offers in excess of £10m and that has placed a two Premier League clubs on alert.

David Moyes is thought to be keen on improving his midfield options after losing club veteran mark Noble to retirement this summer.

Former Liverpool captain Steven Gerrard is also thought to be interested in Chamberlain as he looks to rebuild his Villa squad after a disappointing campaign.

Chamberlain is out-of-contract at the end of next season and Liverpool are likely to sell this summer rather than lose him on a free next year as they look to recoup some of the £35m they invested in him in 2017.

The midfielder showed promise early in his Reds career, famously scoring twice against Manchester City in the 2017/18 season but injuries have thwarted his progression.

Chamberlain, who has been capped 35 times by England, has suffered two major knee injuries in his five years on Merseyside and that combined with consistent questions about what his best position is, have meant he has never really be first choice at Anfield.

The reports also suggest that there is interest in Chamberlain from abroad but, at present, a move to Villa or West Ham seems more likely.

Meanwhile, Liverpool chairman Tom Werner has admitted he can’t imagine a time where the club are not managed by Jurgen Klopp.