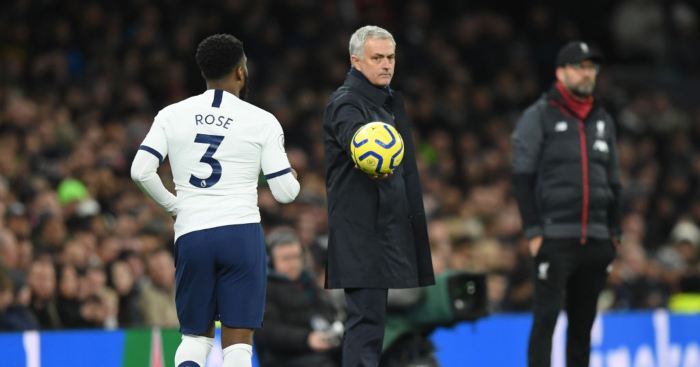 West Ham and Aston Villa are keen to sign Tottenham Hotspur left-back Danny Rose, according to reports in France.

The Spurs left-back has fallen way down the pecking order under Jose Mourinho. Since establishing himself in the first-team in 2013/14, Rose has been a regular for Tottenham each season up until the 2019/20 campaign.

The England international featured in only 12 league games for the Londoners last term, with Mourinho favouring Ben Davies as his first-choice left-back.

As shown in the ‘All or Nothing’ docuseries, Rose was desperate for first-team football last season. In January, he joined Newcastle United on loan for the remainder of the campaign.

He made 11 Premier League appearances for Steve Bruce’s side. But the Magpies decided against making the deal permanent this summer.

Rose was not given a shirt number by Mourinho for the new campaign. It is clear Rose is not part of his plans and the left-back needs to find a fresh start.

French outlet Le10Sport have reported that despite Juan Bernat suffering an injury, PSG have no interest in signing Rose.

The report adds that West Ham and Aston Villa are keen to sign him, as are Serie A side Genoa.

In a separate report, the Sheilds Gazette are reporting that Tottenham have set their asking price at just £5m for Rose.

With Spurs set to sign Real Madrid’s Sergio Reguilón, they will have a lot of options at left-back with Ben Davies and Ryan Sessegnon still at the club.

West Ham already have Arthur Masuaku and Aaron Cresswell to choose from at left-back. But the Hammers have been eager to bring in a new left-sided defender, with both players facing criticism last term.

Aston Villa meanwhile has Matt Targett and Neil Taylor in their squad. Dean Smith may offload one to make room for Rose to come in and fight to be their first-choice left-back.