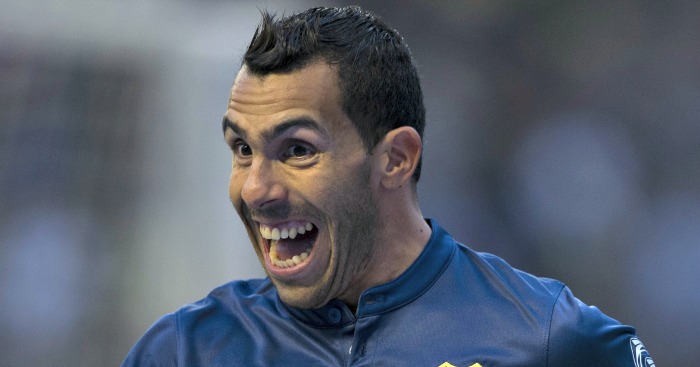 West Ham approached Carlos Tevez with regards to a return to the club this summer, but his mammoth wage demands scuppered a move.

Tevez became a cult hero with the Hammers during his only year at the club, rescuing them from Premier League relegation after joining in a shock deal from Corinthians.

The striker scored seven goals in 27 league games for the club before departing for Manchester United in 2007, where he won two Premier League titles and a Champions League.

The Argentinean is now back with his first club, Boca Juniors, following successful spells with Manchester City and Juventus, but West Ham co-owner David Sullivan reveals that they approached the 32-year-old in an attempt to persuade him to return.

“So how much love is that for West Ham? I actually offered him £150,000 a week to come back plus bonuses.

“I thought that was an incredible offer for someone who loves West Ham. And it was a huge gamble for us because he’s 33 now and hasn’t done it in South America. He’ll probably stay where he is now, but he doesn’t pay a lot of tax down there.

“It wasn’t a publicity stunt, I saw him being our No 1 striker. I was hoping he would reproduce what he did at Juventus a year ago. He was a fantastic player. But where do you draw the line with what you are prepared to pay?”