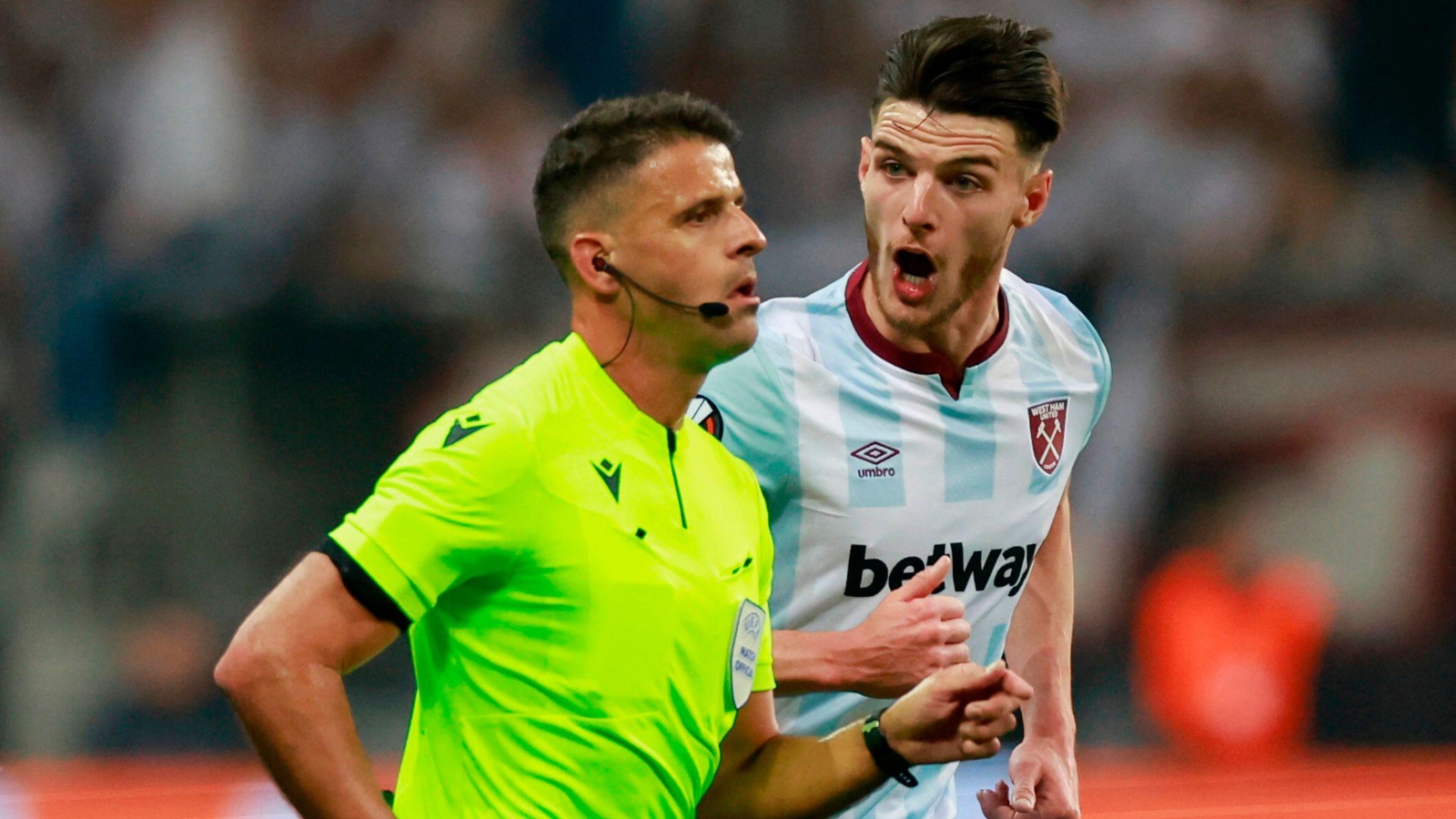 West Ham manager David Moyes and midfielder Declan Rice have been banned by UEFA for one and two matches respectively following the club’s Europa League defeat to Eintracht Frankfurt.

European football’s governing body has announced Moyes will serve a one-game suspension for unsporting conduct while Rice received a two-match ban for abusing a referee in the second leg of last month’s semi-final defeat.

Moyes was shown a straight red card by referee Jesus Gil Manzano for booting the ball at a ballboy while England midfielder Rice accused the Spanish official of corruption after the Hammers’ 1-0 loss in Frankfurt had sealed the Bundesliga side’s 3-1 aggregate win.

After the incident, the Scottish manager apologised, whilst jokingly insisting the ball sat up “nicely on the volley”.

He said: “I have to apologise for kicking the ball, but the ball boy left it short and it was nicely on the volley for me. But I apologised for it.”

Rice’s remarks to Manzano in the tunnel at the end of the game were captured by American TV company Fox Sports, with footage circulating on social media.

Declan rice after semifinal against Frankfurt in the Europa league. pic.twitter.com/jGJQqrx2h9

West Ham had Aaron Cresswell dismissed in the 19th minute at Deutsche Bank Park for pulling down Jens Petter Hauge as he attempted to go through on goal.

The full-back was initially shown a yellow card, which was upgraded to red after a video assistant referee review.

UEFA have also fined West Ham £1,502 for their fans’ use of fireworks at Frankfurt’s Deutsche Bank Park stadium.

The governing body also said Frankfurt would play one match behind closed doors, subject to a probationary two-year period, and fined them £68,684 in total for six offences, including their fans’ pitch invasion, throwing objects and insufficient protection of the playing area against intruders.