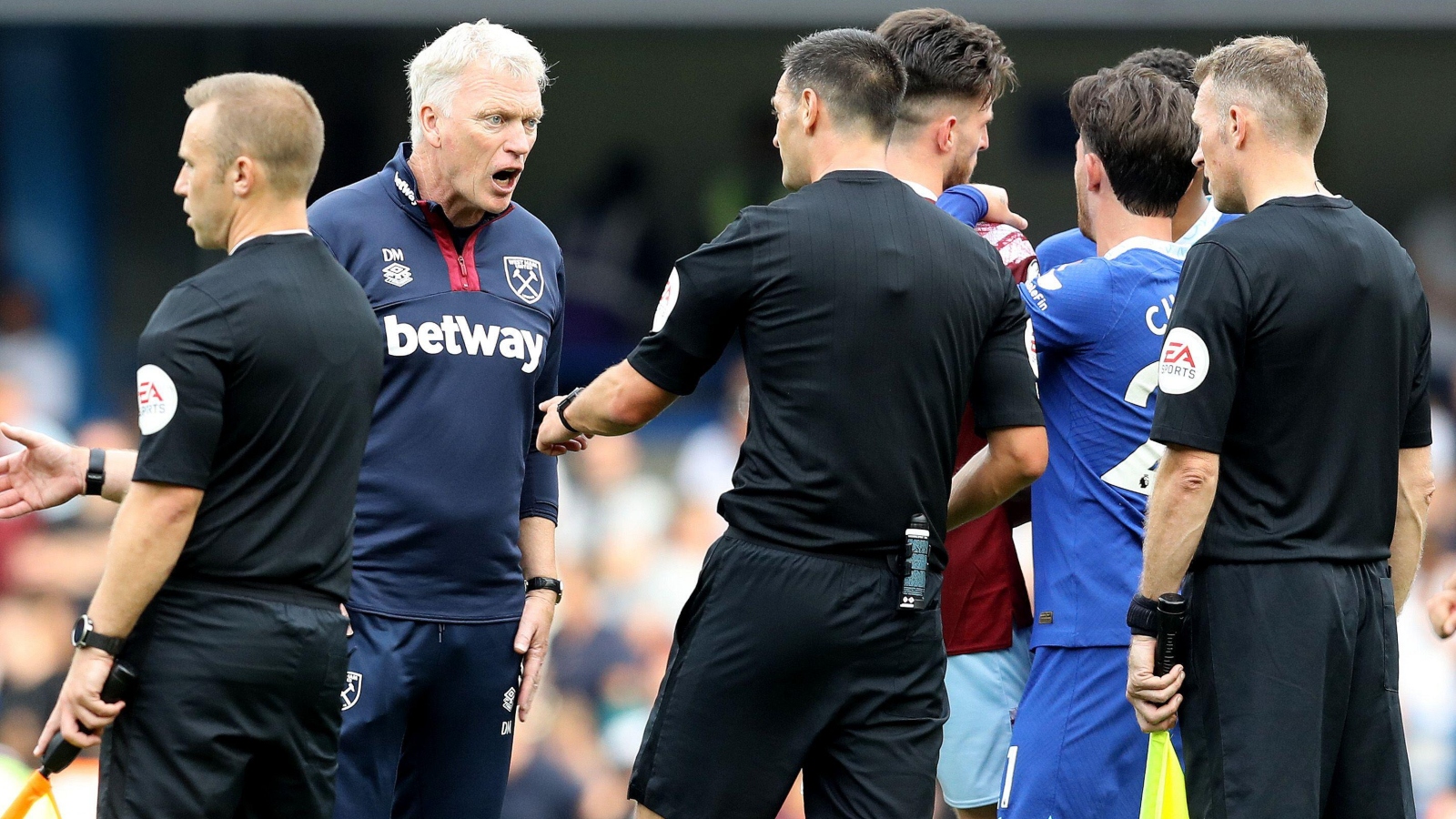 Cornet put the ball in the Chelsea net with his side a goal down at Stamford Bridge, only for VAR to intervene and tell referee Andy Madley to check for a foul on the pitchside monitor.

When the referee approaches the monitor, 99 times out of 100, you know what is coming.

Lo and behold, Mendy was bailed out after Madley decided Jarrod Bowen had fouled the Senegalese shot-stopper.

Quite rightly, West Ham boss Moyes was not happy with the decision and gave the officials an earful after the full-time whistle.

Speaking to the media after his side’s 2-1 defeat, the former Manchester United manager called it an “absolutely rotten” decision. Brilliant.

“You have seen it, it is a scandalous decision, absolutely rotten from one of the supposedly elite referees – it doesn’t say much about whoever sent him over from VAR as well – it is an unbelievable decision against us,” Moyes said.

“We feel we got back to 2-2 and it was not down to anything we have done.

“I support a lot of the VAR stuff, I actually think the goalkeeper dives, he is faking an injury because he cannot get to the next one – he did the same on the first goal as well.

“The referee somehow gets that so wrong it is incredible.”

Moyes is not alone in thinking it was a crazy decision.

Here are a few pundits’ takes on Cornet’s disallowed goal…

Glenn Murray: “Those are the decisions that make managers go grey.

“I feel as though Edouard Mendy has bought that from the referee.

“Jarrod Bowen catches Mendy ever so slightly, I think he realises he’s palmed it straight to a West Ham player and has stayed down.”

Danny Murphy: “I don’t think I have any words that I can say out loud [about the decision to rule out West Ham’s equaliser]. It was a ridiculous decision – I can’t find any logic in it.

“Again, another poor decision and it wasn’t the only one today, unfortunately.

“It’s going to be a theme on Match of the Day tonight. [Fellow MOTD pundit Alan Shearer shouts “rubbish” in the background]

“The disappointment for David Moyes will be huge. To lose out on a decision like that – ridiculous is the only word you could use.”

He wrote on Twitter: “That’s up there with one of the worst VAR decisions made since it’s come into the game. Shambles.”