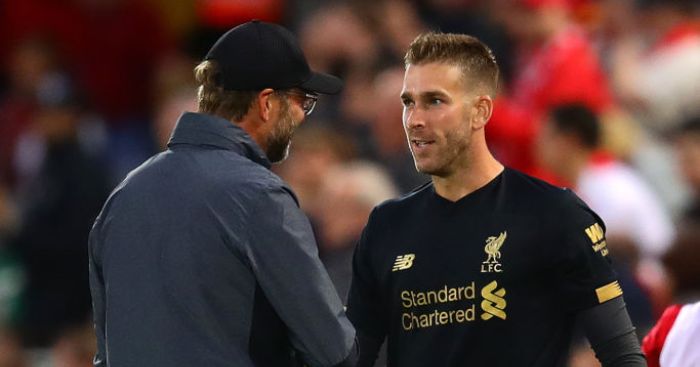 The Spaniard, who left West Ham as a free agent at the end of last season, only joined the Reds 10 days ago and found himself immediately thrust into the spotlight following an injury to first-choice keeper Alisson.

Adrian saved Tammy Abraham’s key penalty in the shoot-out against Chelsea in Istanbul on Wednesday night as Liverpool lifted the Super Cup.

Pellegrini said: “I’m very happy for him, because he played a lot of years here at West Ham. He’s a very good goalkeeper.

“For different reasons he couldn’t find an arrangement to continue here. We wanted him here because not only is he a good goalkeeper but he is a good player for the squad.

“He signed for Liverpool and put in a very good performance and I’m happy for him.”