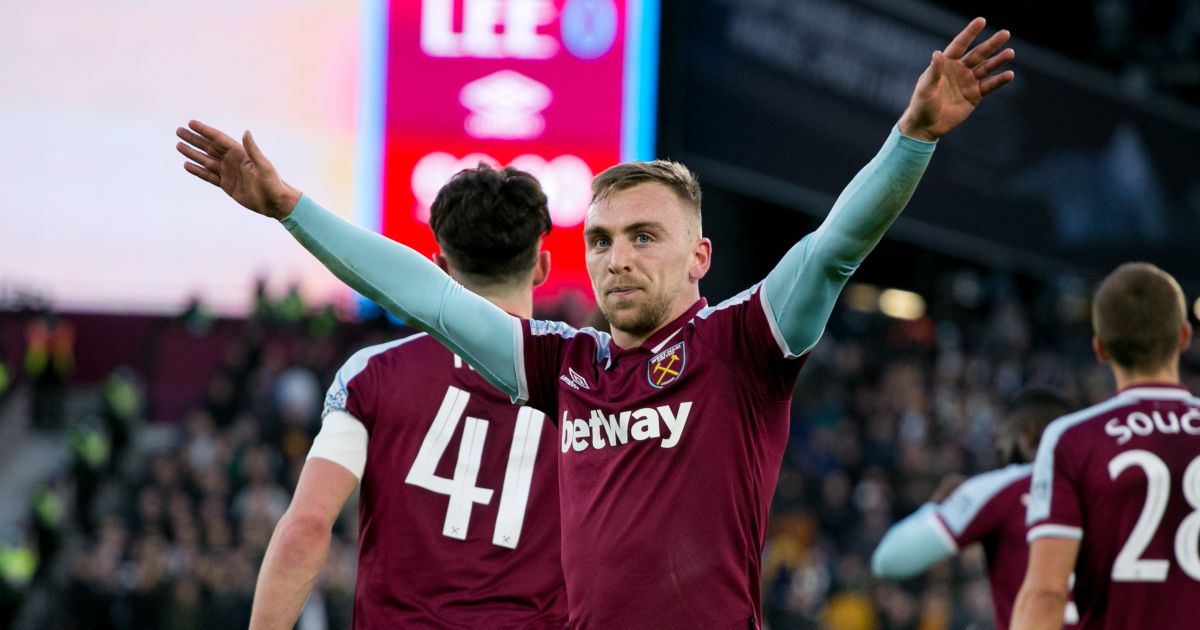 West Ham forward Jarrod Bowen has been learning from Liverpool star Mo Salah as he sets his sights on a call-up to the England squad.

Bowen fired the Hammers into the fourth round of the FA Cup – and a meeting with non-league Kidderminster – with the second goal in a 2-0 win over Leeds.

The 25-year-old has also starred in West Ham’s successful Europa League group-stage campaign as well as their climb to the brink of the Champions League spots in the Premier League.

Bowen has contributed six goals and eight assists in all competitions this season with West Ham looking to break into the Premier League’s top four this season.

The Leominster-born forward is now hoping Gareth Southgate has been taking notice of his performances ahead of the World Cup this year.

“I think this season was about progression and getting the call up for England is the ultimate dream,” Bowen said after the FA Cup win over Leeds.

“That is out of my hands, my job is to deliver on the pitch and show what I am about. That is all I can do, keep putting in the performances and the end product.”

On a potential international future, Bowen added: “If it happens then it happens, if it doesn’t, it doesn’t.

“I can only control what I am doing. It is not on my mind, the more you think about these situations which are not in your control, the more it plays on your mind and affects you.

“You’ve got to keep your head down, I don’t really look at social media and people talking because you can get misled if you read too much into things. I just train hard and when it comes to the weekend it is about putting my A-game in. What happens will happen.”

Bowen is also looking to learn from Liverpool forward Salah, who is the current Premier League top goalscorer this season.

The West Ham man continued: “I think Mo Salah is the perfect example, the goals he scores and assists he gets – the impact he has on games and consistently doing it every season since he joined Liverpool.

“He is definitely one that I look at and I think he is one of the best players in the world at the moment. As a player you always want to look at people in a similar position to yours and learn from them.”