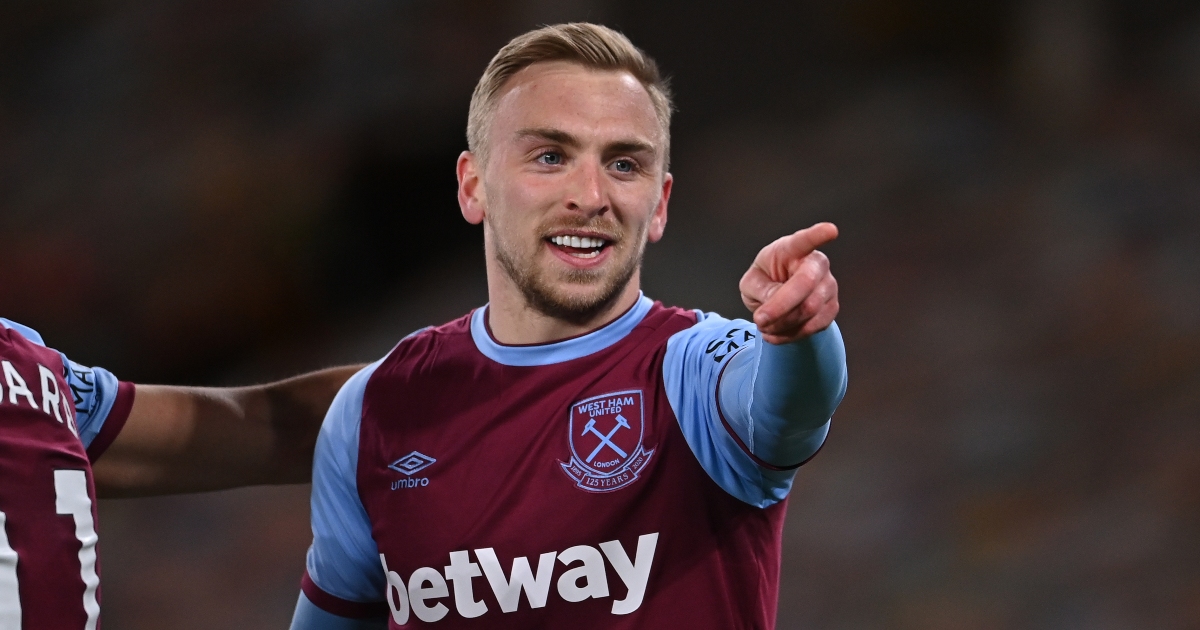 West Ham will not let Jarrod Bowen leave on the cheap this summer amid reported interest from Liverpool.

Bowen joined the Hammers from Hull in January 2020 for £22million and his performances last season have piqued the interest of Jurgen Klopp.

The Liverpool boss is said to be a big admirer of the forward.

MEDIAWATCH: Henderson ‘PR disaster’? His agent is a genius…

But The Athletic claims West Ham insist Bowen is not for sale this summer and it would take a bid of at least £35million for them to even consider a deal.

Bowen is contracted at the London Stadium until the summer of 2025, but Liverpool’s interest won’t come as a surprise to Hammers boss David Moyes, who claimed he’s not far away from an England call-up.

Bowen got a goal and an assist, as well as 70 minutes action in West Ham’s draw with Dundee 12 days ago and is feeling “sharp” ahead of the new campaign.

He told West Ham’s official website: “It was good to be back out there. I think I got 70 minutes in the end, and I felt like I could have gone on and done 90 to be honest.

“I was enjoying it out there, which is probably strange to hear for the first pre-season game, but I felt really good and sharp.

“People might say the result isn’t important at this stage, but I think that the winning mentality of not losing the game sticks with all the players.

“So to come back from 2-0 down and bring it back to 2-2 was great for everyone involved and the young lads coming through too – Jamal scored today which was nice for him.

“It was a good game, a good bit of action, good goals, and we didn’t lose.”