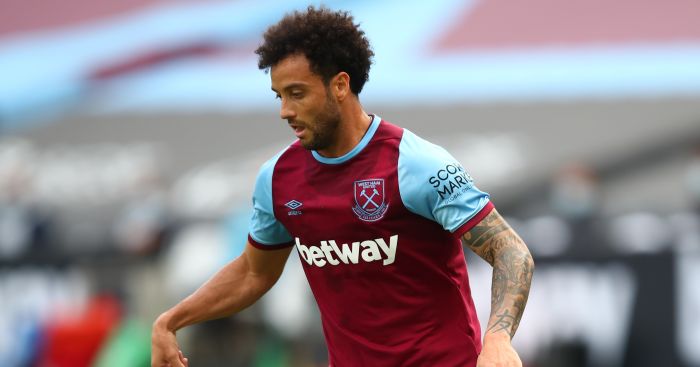 West Ham United are tempted to recall Felipe Anderson from his loan at Porto, according to reports.

The Brazillian shone for Lazio between 2013 and 2018. He scored 34 and grabbed 39 assists from his 174 appearances for the Italian outfit in all competitions.

In July 2018, West Ham smashed their record transfer fee to sign Anderson for around £36m. This broke the £22m record fee they spent to bring in Issa Diop earlier that summer.

Prick of the Week No. 16: Football’s assorted Covid rulebreakers

The midfielder enjoyed a strong debut season with the Hammers in 2018/19. He scored ten and assisted five from his 40 outings in all competitions.

But he had a much quieter season last term. He only made 20 starts in the Premier League as he managed just one goal and four assists.

Anderson made a couple of appearances for the Londoners at the start of the 2020/21 campaign. But in October he departed to join Porto on a season-long loan deal.

The 27-year-olds loan spell in Portugal has not gone to plan, though. He has only made two sub appearances in the Liga Nos for Porto this term.

Anderson started their final Champions League group game. Yet he was either on the bench or not in the squad in each of their other five group ties.

“Felipe Anderson could come back to West Ham from Porto loan.

“He’s not playing and the Hammers are now considering to call him back and look for new solutions in the market this January.”