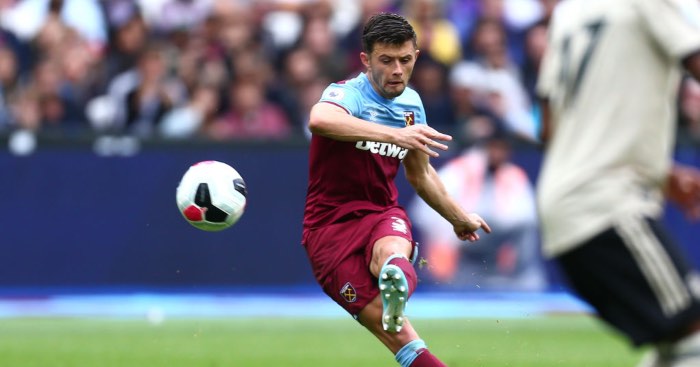 West Ham defender Aaron Cresswell admits the coronavirus pandemic has left him “petrified” for his newborn baby and insists the Premier League should not be held to ransom on a return date.

The football calendar is currently suspended until April 30, but that is widely expected to get extended when the Premier League clubs meet on Friday.

UEFA said on Wednesday that all domestic leagues should be finished by early August, which is putting pressure to restart as soon as possible.

But Cresswell, whose daughter was born just before the outbreak of the virus escalated in this country, says football is not a priority.

“At the start, I don’t think anyone realised how serious it was,” he told the club’s official website.

“Once we played the Arsenal game, football came to a stop after [Arsenal manager] Mikel Arteta was tested, and it came back positive. Their squad went into isolation and then that was pretty much it. There was no other option. Football had to be suspended.

“Here we are four weeks later, football has been suspended again until 30 April, but the most important thing is everyone’s health and wellbeing. Football can wait. Simple as that.

“I’ve got a baby daughter and she is five weeks’ old and, I’ll be honest, I’m petrified.

“In my opinion, I think there has been a lot of talk about how quick we can get football back, but the main focus should be on people’s health and staying indoors.

“Of course, we’re all missing it but there is a whole bigger picture than a game of football and I believe once all this has blown over, we can get back up and running.

“None of us know how long we will be out for and we all want to stay in the Premier League, but we cannot rush back just because people say we need to do it in a certain time period to complete the season.”

Clubs are facing the prospect of losing £750million of TV revenue should the league be cancelled, meaning it is a scenario they are trying to avoid.

Resuming the season behind closed doors is one idea that has been put forward, but Cresswell has his reservations.

He said: “There is talk of playing games behind closed doors before the crowds return but I hope the players are respected as much as the public are, and they don’t just ask us to play for entertainment on TV.

“You’re going to need all the officials, staff, medical provision, media and broadcasters, so it’s not just 22 players going out and playing football.

“If we go back too soon and one player tests positive, then the whole competition would need to be suspended, otherwise it wouldn’t be a level playing field if some teams are without their best players.

“It’s a waiting game until the scientists and medical people who are working tirelessly day in and day out tell us it’s safe for us to go back out there.”