Home All The News West Ham DoF: Why club ‘did not hestitate’ over Yarmolenko 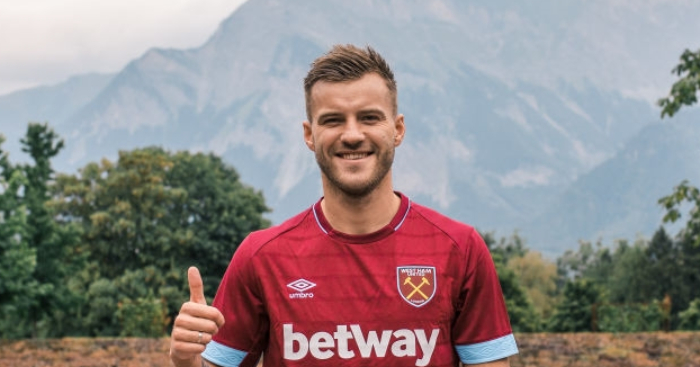 West Ham Director of Football Mario Husillos has explained the reasons behind the £17.5million signing of Andriy Yarmolenko.

Yarmolenko’s move to West Ham was announced on Wednesday, with the Premier League club spending £17.5m to sign him from Borussia Dortmund.

The Ukraine forward is the club’s fifth signing of the summer, and will provide more attacking options for new manager Manuel Pellegrini.

Director of Football Husillos has explained why West Ham “did not hesitate” to bring him to east London.

“We are very happy to welcome Andriy. When we had the opportunity to sign him, we did not hesitate, because he really is the kind of player that we were looking for,” said Husillos.

“He is a left-footed player but can play on the right and is very quick, very good one-on-one against a defender. He gives the team a lot of attacking options and scores goals, is fast on the counter-attack and provides aerial threat with his height.

“He also has very good experience, of playing for big teams and fighting for titles. At Dortmund, he had some good matches but perhaps didn’t quite show his very best. However, I think Manuel Pellegrini is the perfect coach for Andriy and his style of play.

“I believe he is joining us in the perfect moment. He is 28, the prime age for football, and we have great expectation about what he can achieve with West Ham United.”