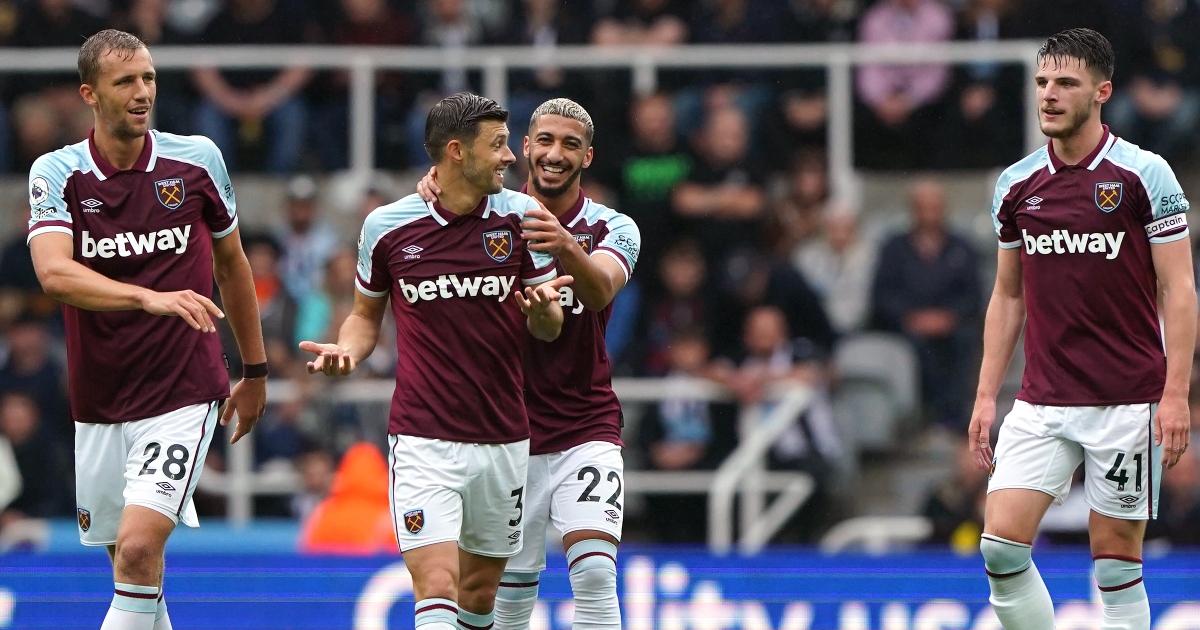 West Ham United duo Declan Rice and Tomas Soucek “would walk into the Manchester United team” according to Trevor Sinclair.

The Hammers host Man Utd on Sunday in what will be the toughest Premier League test for each side so far this season.

West Ham will be without striker Michail Antonio following his red card in last weekend’s draw at Southampton.

However, they do have their strong midfield duo, Rice and Soucek, fit and flying ahead of Sunday’s encounter.

And Sinclair believes the Red Devils’ defensive-midfield options don’t hold a candle to either Hammers star.

The ex-West Ham player told talkSPORT: “I’ve said it last season, we were talking about this exact fixture, and I said Declan Rice and Soucek would walk into the Manchester United team.

🔥 “Declan Rice & Soucek would walk into the Man United team.”

❌ “Man Utd’s holding midfielders would not get in West Ham’s team.”

Trevor Sinclair says #WHUFC have the best defensive midfielders in the PL! ⚒ pic.twitter.com/J4nqFVzpoa

West Ham got their return to European football off to a winning start on Thursday evening, defeating Dinamo Zagreb 2-0 away from home.

Antonio and Rice were on the scoresheet in the Europa League Group H encounter.

This season’s campaign represents West Ham’s first foray into Europe since the 2016/17 season when they were knocked out of the Europa League before the group stage. Things already look far more positive this time around.

It is only the ninth time the Hammers have even been in Europe and the last time they won a match, not including qualifiers, was in 1999 against another Croatian side, Osijek.