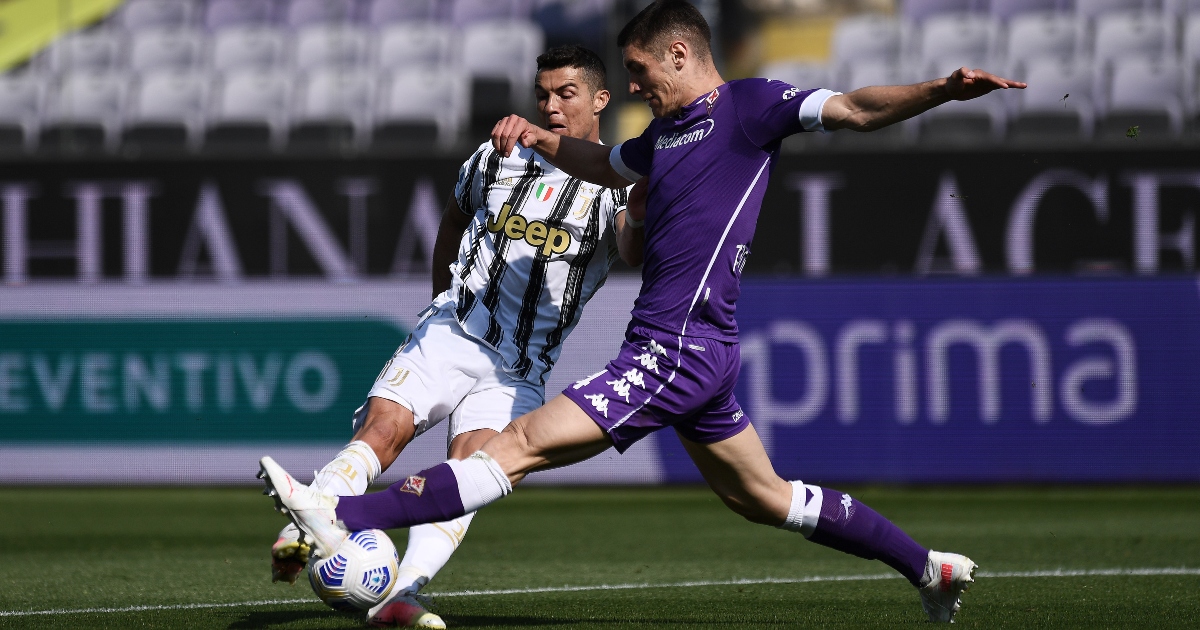 West Ham are ‘in talks’ with Fiorentina over a move for centre-back Nikola Milenkovic, according to reports.

Milenkovic, 23, has been with Fiorentina since 2017 and has attracted interest from Manchester United and Tottenham Hotspur during his time in Italy.

United were plotting a swoop for him this summer but were put off by Fiorentina’s asking price, rumoured to be around £38m. They have since signed Raphael Varane instead.

Milenkovic has just one year left on his deal and is now being courted by the Hammers, according to Sky Sports, who are on the lookout for a new centre-back.

Their first choice had been Kurt Zouma, the Chelsea defender, but they have fallen short of the Blues’ £25m valuation of the Frenchman.

Zouma would reportedly ‘welcome’ a move to West Ham in favour of going to Sevilla, to whom he has been offered, but the English side are only prepared to pay £20m.

Elsewhere at West Ham, Noel Whelan has criticised the club for treating right-back Vladimir Coufal “like an 18-year-old”.

Coufal is negotiating a new contract with the Hammers but is thought to have become frustrated with their attempts to build the deal around performance-based incentives.

“I don’t think that’s right,” Whelan told Football Insider. “Look at last year with his performances and what he brought to the side.

“I think you start throwing in incentives when kids are coming through and signing their first professional form. This, to me, doesn’t seem right.

“If he is a big player and he’s that important to you, then you put the money down straight away.

“It’s a very simple signing of a contract: ‘It’s what you deserve for what you put in last season. We don’t want to lose you and we want to show you your worth.’

“That comes down to a lump sum that you’re going to be getting each week. Not really on incentives because he’s part of a team that got you into Europe.

“He drove you there so well last season with some assists too. I’m not surprised he’s very disappointed.

“They are taking a risk in putting a contract in front of somebody like that with incentives. It’s what you would do with an 18 or 19-year-old.”