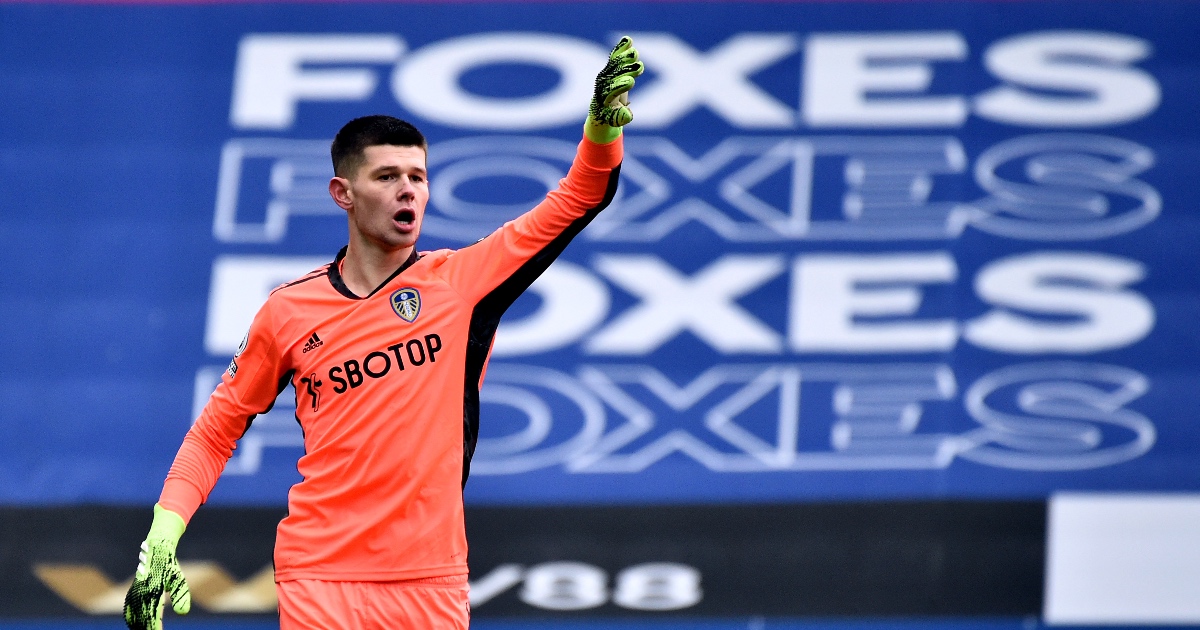 West Ham have lined up a move for Leeds keeper Illan Meslier to replace Lukasz Fabianski, according to reports.

The Polish shot-stopper is now 35 years old and entering the final few months of his contract.

The Hammers are confident they can tie him down to a one-year extension but are also monitoring Meslier as his successor.

According to Football Insider, West Ham have been impressed by the assured displays of Meslier this term.

The 21-year-old has been entrusted by boss Marcelo Bielsa as the club’s number one.

He’s repaid that faith with plenty of impressive performances and eight clean sheets.

Given the attacking nature of Leeds United, Meslier has to face plenty of shots each game but he is dealing with the pressure well.

He’s recently kept out the likes of Southampton and Crystal Palace.

West Ham are hoping they can lure Meslier to London with the offer a huge wage increase.

They see him as a future Premier League star who can learn from Fabianski in the short-term.

The Hammers will need to spend big on the Frenchman, however.

Leeds will be determined to keep one of their prized assets, especially as he’s been so important to them this season.

Meslier is forming a great relationship with Leeds defenders Liam Cooper and Luke Ayling. The Whites will be unwilling to let him leave for anything less than a major fee.

If West Ham do lose Fabianski at the end of the campaign, Darren Randolph could step in as the new number one.

He’s deputised for Fabianski on two occasions in the Premier League after his teammate suffered an arm injury.

Fabianski has been one of West Ham’s standout players this term, helping them to fight for a top six place.

Their next match is against Leeds on Monday at 20:00.