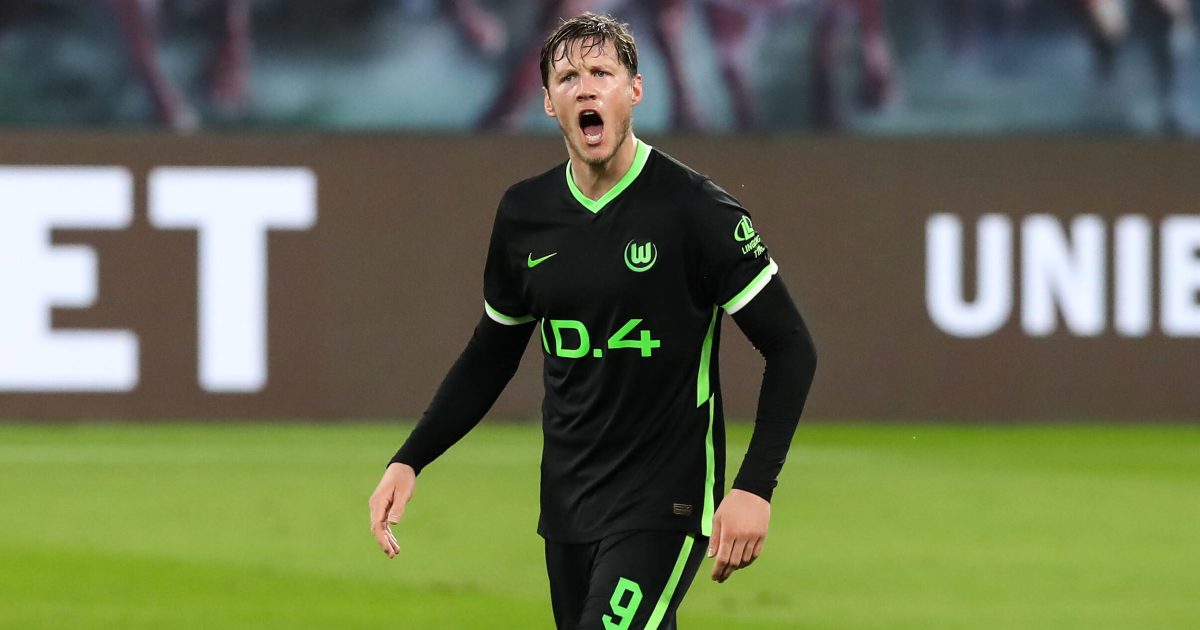 West Ham and Jose Mourinho’s Roma are interested in signing Wolfsburg striker Wout Weghorst, according to reports in Italy.

The Dutchman had spells early in his career with Heracles and AZ Alkmaar in the Eredivisie.

Weghorst netted 27 times from his 37 outings across all competitions for AZ in 2017/18.

This form led to his move to Bundesliga outfit Wolfsburg ahead of the 2018/19 campaign.

His fine form has continued in Germany as he has netted 63 times from his 117 appearances. This includes 25 goals in 2020/21 in all competitions.

David Moyes has openly stated that he is hoping to sign a striker this summer.

Italian outlet Calciomercato have reported that West Ham are interested in Weghorst ahead of this summer’s window. They will have a battle on their hands to get him, though. The report adds that Mourinho’s Roma are also interested.

Meanwhile, Jesse Lingard has spoken on his “brilliant” time at West Ham:

“The lads have been brilliant, the staff have been brilliant and they’ve put confidence in me to play and do well. I was already ready to play from many months ago so to play the first game at Villa seems a lifetime ago now that we’re near the end of the season, but it’s been a brilliant experience and I’ll take away so many memories.

“It’s just about consistency and performing at a high level week-in, week-out, which I’ve been trying to do and which I’ve been doing over these past few months and hopefully now it’s a big push towards the end of the season.”

Lingard also suggested that his relationship with Moyes persuaded him to join West Ham:

“Once you have that connection it’s always useful and it’s always helpful. I’ve said in previous interviews that he obviously let me go on loan to Birmingham [from United] and that was a decision for me and my family and the manager understood I needed to get games and go out and play.

“It’s kind of the same this time because he wanted me here and he wanted to put me out there and showcase what I can do.”