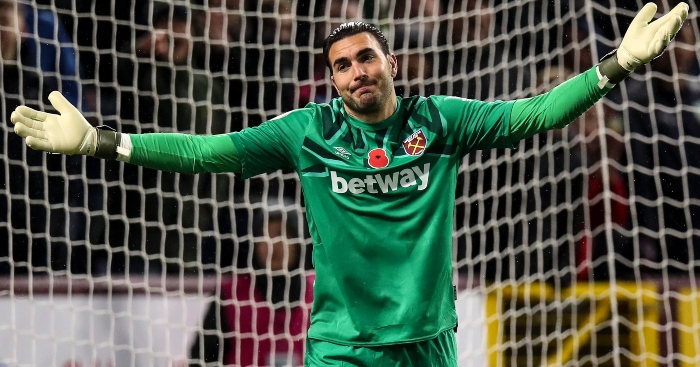 First-choice Fabianksi has been out since September with a hip injury and Martin suffered a knock against Southampton last time out.

Pellegrini admits the next couple of days will be crucial but, should neither keeper be fit, West Ham face the prospect of lining up with error-prone Spaniard Roberto in goal.

Since he replaced Fabianski, West Ham lost five and drew one of their next six matches without keeping a clean sheet, with Roberto at fault for five goals.

Pellegrini eventually lost patience and turned to third-choice Martin, who kept a clean sheet on his Premier League debut in the 1-0 win at Chelsea.

Now Fabianski and Martin are battling to be fit for the trip to Selhurst Park.

“Both of them are recovering. We will see in the next day what happens with which of them is able to play,” said Pellegrini.

“Neither Lukasz or David are able to play two games in 48 hours. Both of them have muscle problems, and we will see what happens.

“Roberto didn’t have good performances when he played but I always say he has a career behind him, a lot of experience.

“Maybe he was a bit unlucky but I continue to trust in him. If he has to play he will do it in the way we know he can do.

“Lukasz has to have confidence in how he feels after not playing for so long. He is looking well, working a bit harder every day. If he is not ready for the 26th, maybe for the 28th or January 1 but in one week, he will be playing.”