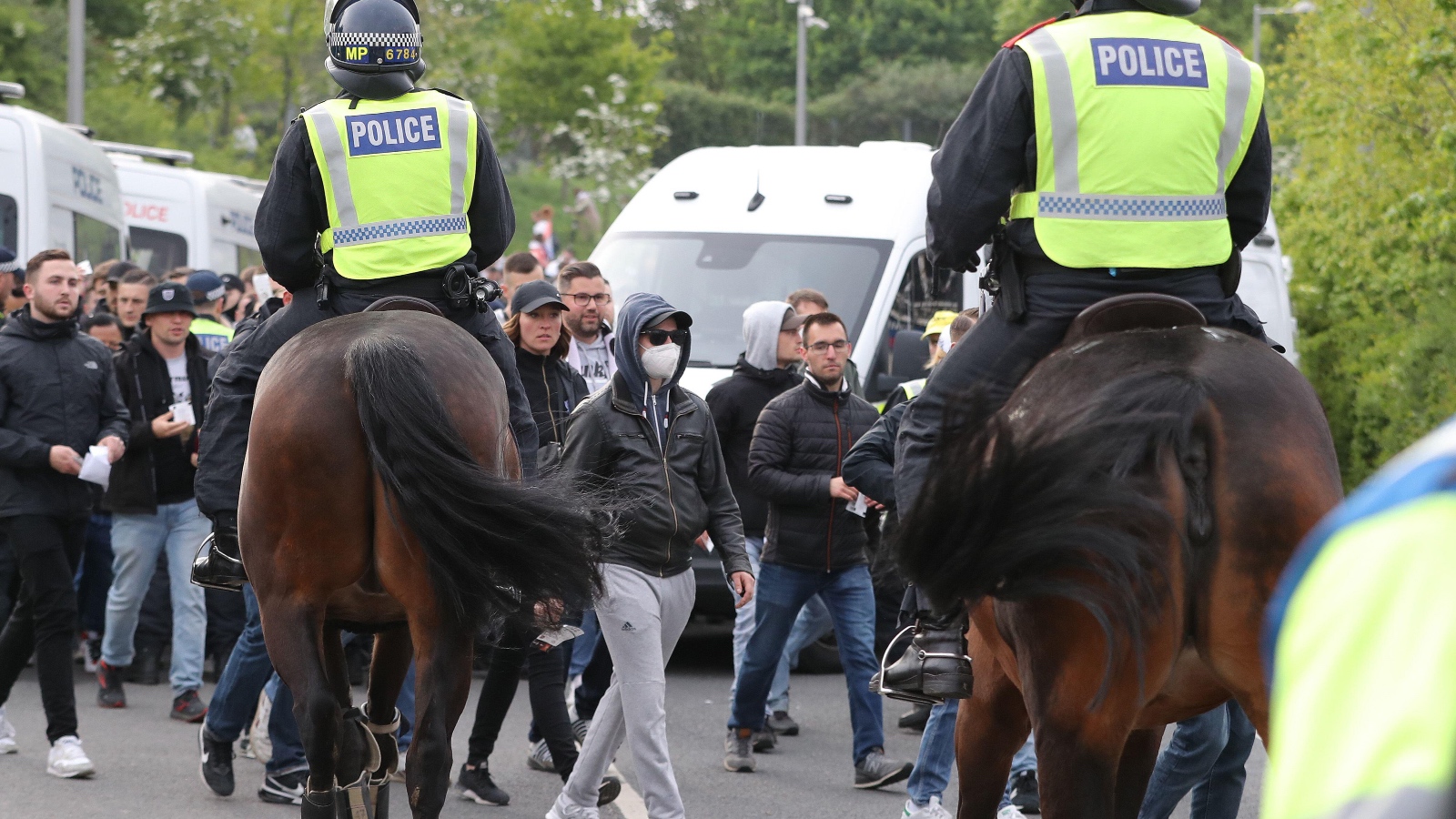 The first leg at the London Stadium was far from an amiable affair with German broadcasters revealing they were assaulted by Hammers fans during the game.

And now Bild (via Sport Witness) claim West Ham fans are being targeted in Frankfurt and are the victims of ‘brutal attacks’ in the city.

The report states that ‘Eintracht thugs’ are hunting down English fans ‘brutally and ruthlessly’.

Police report that the first attack came outside a kebab shop on Tuesday, where a ‘mob’ of Frankfurt fans attacked two West Ham fans before fleeing.

Six people were arrested but the problem wasn’t an isolated incident, with 15-20 masked men reported to have stormed a pub to attack a West Ham fan, who ended up in hospital as a result.

Frankfurt police have insisted that the travelling fans are safe and say they plan to ‘strictly separate the two problem fan camps’ and ‘intervene consistently’ if there is trouble.

David Moyes’ side have a one-goal deficit to overcome having lost the first leg 2-1 at the London Stadium.

On the eve of arguably the biggest match of his career, Moyes said: “You know as a manager there are other big things, like to win a game at Preston North End to get to a play-off final.

“There are lots of games throughout your career, so when you get to a big one you think ‘it’s big’. But there’s lots of big games, lots of ups and downs.

“It’s hard to be a winner all the time because everyone is fighting for that prize. But when you get this close you are thinking ‘is this my turn, my chance?’ I hope this is my turn.

“My dad’s coming tomorrow, and I hope my son takes me to matches when I’m 86. My brother’s bringing my dad and it’s great he can see us at this stage. I hope we give him a night to remember.

“If he saw us win tomorrow it would be special, and even better if it was the final. He wants it to be and so do I.