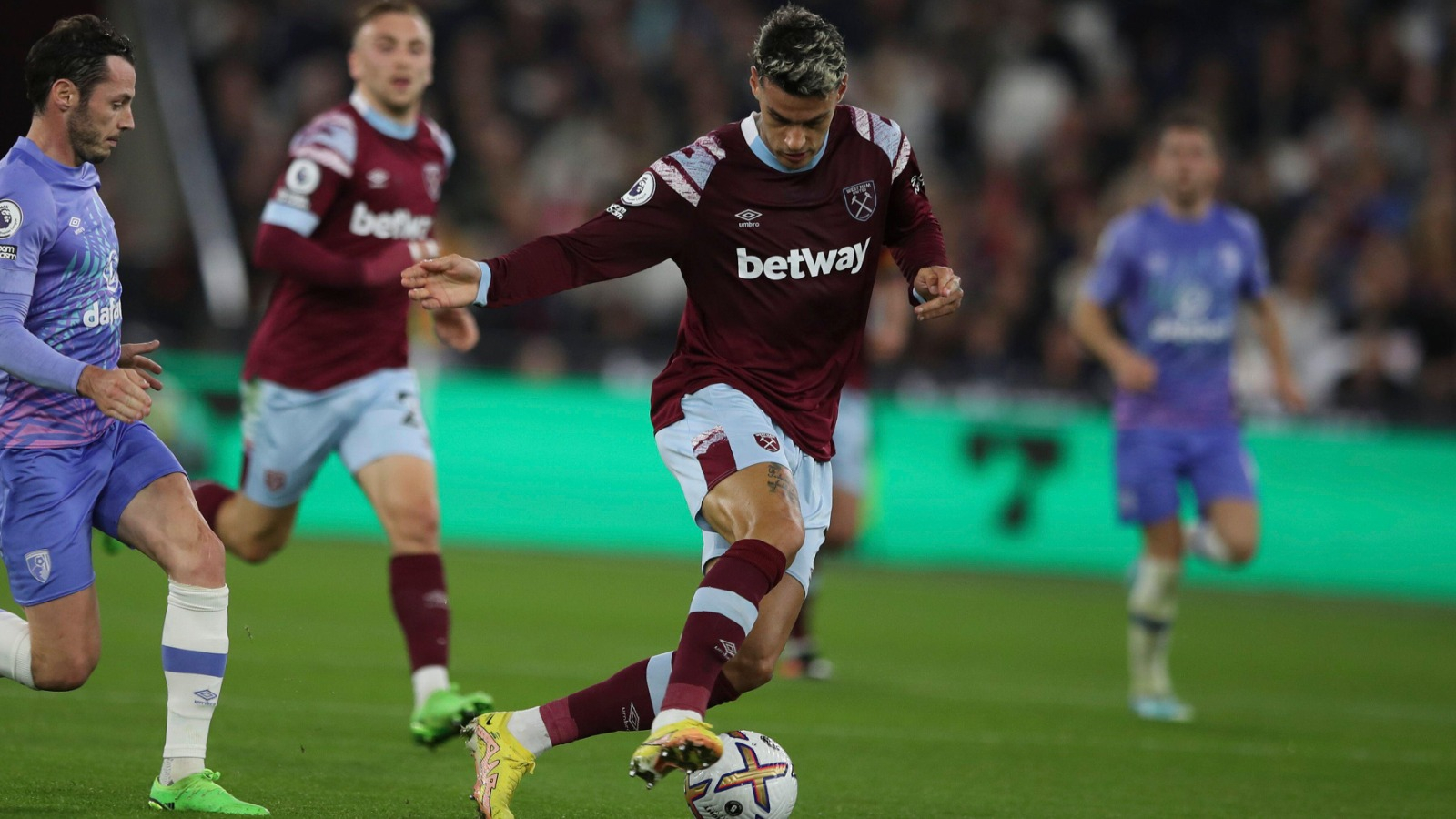 Gianluca Scamacca says that Italy boss Roberto Mancini warned him that playing for West Ham would be a challenge, but the forward has vowed to improve on his lacklustre performances.

Scamacca has featured 13 times in the league this season for the Hammers, but after scoring just two goals and failing to net in his last eight appearances, he hasn’t added the much-needed firepower to David Moyes’ team. As a result, West Ham currently sit just one point above the relegation zone.

With a hefty price-tag of £35 million, alongside £145 million worth of other signings with the likes of Lucas Paqueta and Maxwel Cornet… you’d expect the East London club to be moving forward not back. So far, the opposite has been the case.

Admittedly, the 6ft 5in striker has faced a number of problems since making the big-money move to the Premier League. Scamacca was slowly eased into the West Ham side, rather than put straight into the starting 11. Then, just as he was becoming a regular, he suffered from a nasty virus which kept him out of the team for several weeks.

But Scamacca was under no illusions when he spoke to The Guardian this week, explaining that Roberto Mancini had already warned him it would not be easy getting accustomed to the Premier League.

He said: “It is very different (in the Premier League).

“It’s another country, another league. In Italy it is tactical. Here it is fast and physical. But it will get better…

“He (Mancini) said it’s a big opportunity to grow up. He said when it’s difficult you can grow up. You have to adapt to a different way of playing. It just takes time. He said: ‘Work hard and you will see the results.’ Over the last few games we’ve been unfortunate. I’m very happy to be here. It’s been a little difficult but I’m very excited to be in this team.”

The Italy boss has plenty of experience when it comes to the Premier League, winning one league title and an FA Cup with Manchester City. Given he also works closely with Scamacca when playing for his national team, Hammers fans can be sure the Italy manager knows what he’s talking about.

Similarly, Moyes has repeatedly backed the 23-year-old to improve in time. The only worry is that Moyes may not be West Ham boss for much longer… raising questions of how Scamacca would fit in to a new coach’s system.

Before joining the Hammers, Scamacca netted 16 times in 36 appearances for Sassuolo in the 2021-22 season… so he definitely has plenty to offer his new team once he gets used to the pace and physicality of the Premier League.

At just 23-years-old, you can expect the forward to only get better. The only question is, will that be before or after David Moyes gets the sack?