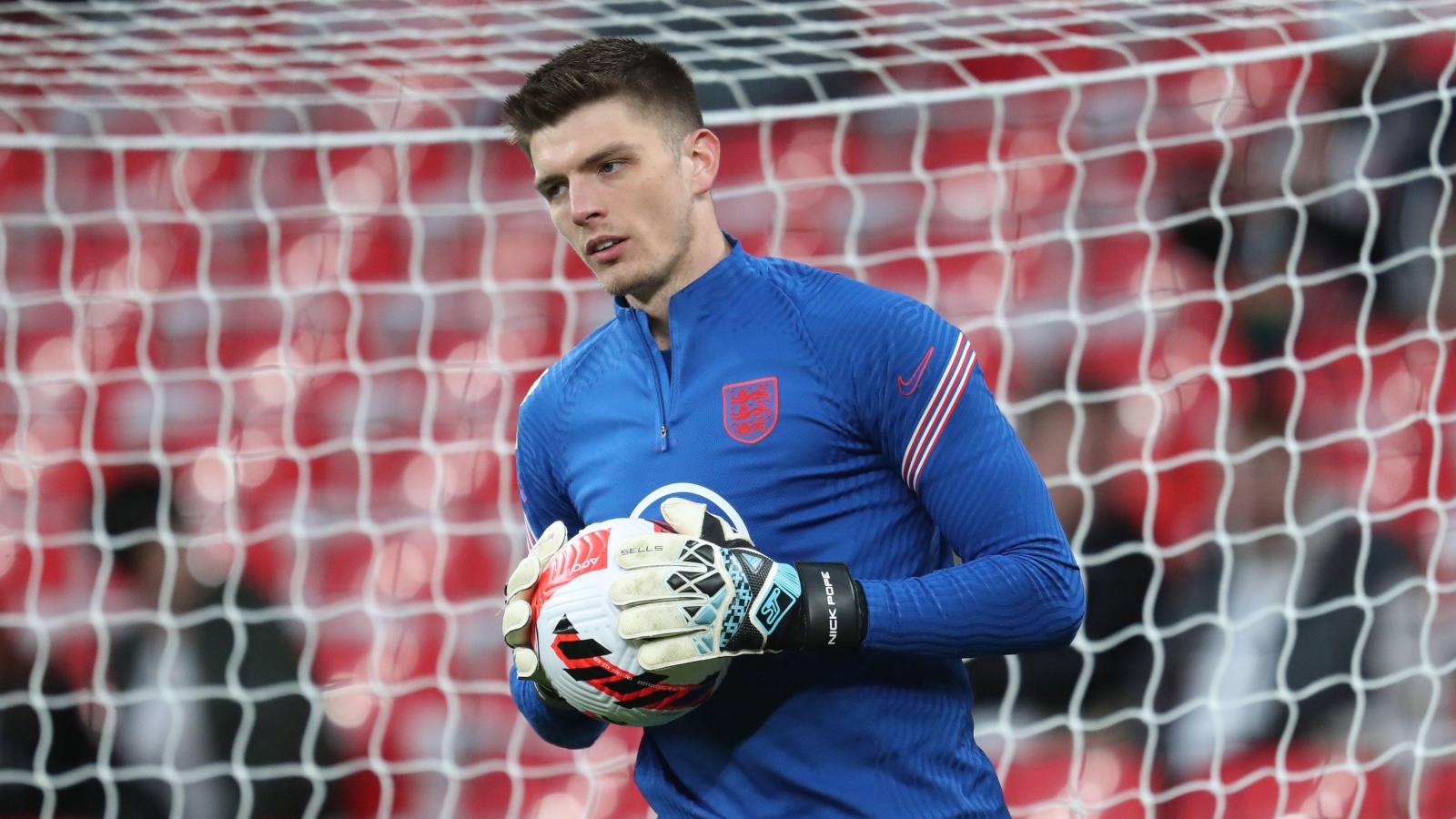 Pope has been at Turf Moor since joining from Charlton Athletic for around £1m in 2016.

He is approaching his 150th Burnley appearance and recently played the full 90 minutes for England in a friendly victory against the Ivory Coast.

West Ham are keen on bringing in a new goalkeeper this summer with Alphonse Areola’s loan ending at the end of 2021/22.

Lukasz Fabianski is out of contract at the same time, meaning David Moyes will be without a senior goalkeeper next season as things stand.

The Hammers do have the opportunity to sign Areola permanently for around £10.5m.

Pope is expected to leave Burnley if they are relegated to the Championship and the Clarets are reportedly looking for around £12m.

The 30-year-old’s contract expires in 2023 with his club having the option to extend his deal a further year.

According to The Times, West Ham have turned their attention to Pope after Moyes decided not to pursue a deal for West Brom’s Sam Johnstone.

Arsenal and Tottenham both considered signing Pope but have opted against bringing him in due to his ability with the ball at his feet.

Last summer, the Gunners bought Aaron Ramsdale who has since claimed the No. 1 shirt from Bernd Leno.

They also signed American shot-stopper Matt Turner in the winter window. Turner will join up with his new teammates in July.

Elsewhere, Michael Owen is predicting an “improved performance” from Arsenal against Chelsea on Wednesday night.

“The pressure is mounting on Mikel Arteta and Arsenal,” Owen said. “After Spurs dropped points earlier, to lose away to Southampton was a disaster.

“That’s now three defeats in a row. The glaring worry is the lack of goals, could letting [Pierre-Emerick] Aubameyang leave in January come back to haunt them?

“I have to fancy Chelsea here. I think we’ll see an improved performance from Arsenal, but it won’t be enough.”