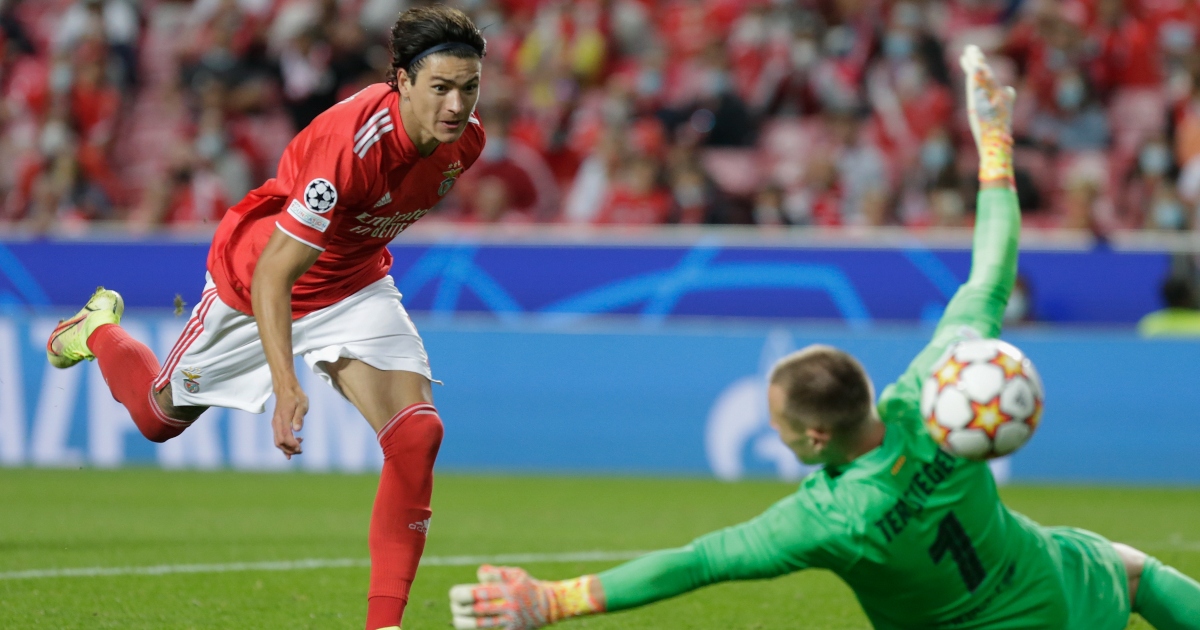 West Ham had a deadline day ‘club record bid’ rejected by Benfica for Darwin Nunez, according to reports.

It was a quiet winter transfer window for the Hammers, who failed to bring in a single signing.

They were reportedly keen on signing a new central defender after injuries to Kurt Zouma and Angelo Ogbonna. However, the unexpected early return of Zouma seemed to change their transfer strategy.

Another priority was a new striker, with Michail Antonio the only recognised out-and-out No. 9 in the first team.

Jarrod Bowen is an alternative option if Antonio is unavailable, but David Moyes would prefer to have Bowen available in his natural position out wide.

Sky Sports claimed that the Irons were ‘pushing’ to sign Nunez on deadline day, citing the player being on international duty with Uruguay as a stumbling block in completing a deal.

😯 Liverpool have signed Diaz and West Ham have bid for Nunez #DeadlineDay pic.twitter.com/lRkS3zhL5r

Furthermore, they reported that West Ham had ‘agreed a fee’ with Benfica.

However, the Evening Standard claim the London club had a £60m bid rejected on deadline day by the Portuguese side for their young forward.

The Hammers offered £50m plus £10m in add-ons but had the late bid rejected. If the bid was accepted, it is noted that Nunez would ‘prefer a move to a Champions League club’.

Elsewhere, Joao Cancelo has signed a contract extension keeping him at Manchester City until 2027.

The Portugal international has established himself as one of the best full-backs around since joining from Juventus in the summer of 2019.

Cancelo was named in last season’s PFA Team of the Year and has now agreed a two-year contract extension at the Etihad Stadium.

“Manchester City is a fantastic club, so I am incredibly happy to have signed this new agreement,” the 27-year-old said.

“City players have everything they need to reach their full potential, with amazing facilities, world-class teammates and an incredible manager who pushes us every single day.”