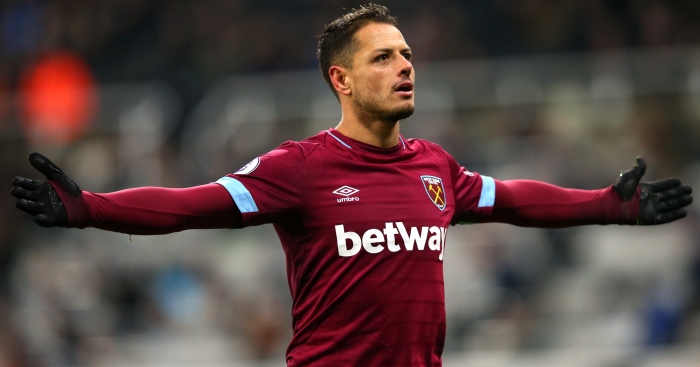 The Mexican striker was dropped to the bench against Huddersfield on Saturday, with Marko Arnautovic preferred in attack.

But while Arnautovic endured a frustrating afternoon, Hernandez was sent on at half-time and scored twice as West Ham came from behind to win 4-3.

“I want to be on the pitch as much as I can, to be honest,” he told the club website.

“If I need to help my team-mates as a substitute, I’ll try to do my best, but I want to start and to play as many minutes as I can.

“Hopefully I can keep proving that by scoring goals, with assists and good performances, and we can try and get in the top seven.”

West Ham’s hopes of finishing seventh looked in serious jeopardy when they trailed 3-1 to the lowly Terriers.

They led through Mark Noble’s penalty but Juninho Bacuna’s header and a double from Karlan Grant put Huddersfield on course for only their fourth win of the season.

However, Angelo Ogbonna pulled one back and two Hernandez headers, the second in stoppage time, shoved the visitors another step closer to relegation.

“That was my first goal (for the club) and I’m happy, but I’ve still got mixed feelings because we’ve lost the game.

“I think it will take time to recover. We have to switch on because we still have seven games left and we have to try and play like we did for the first 60 minutes.”