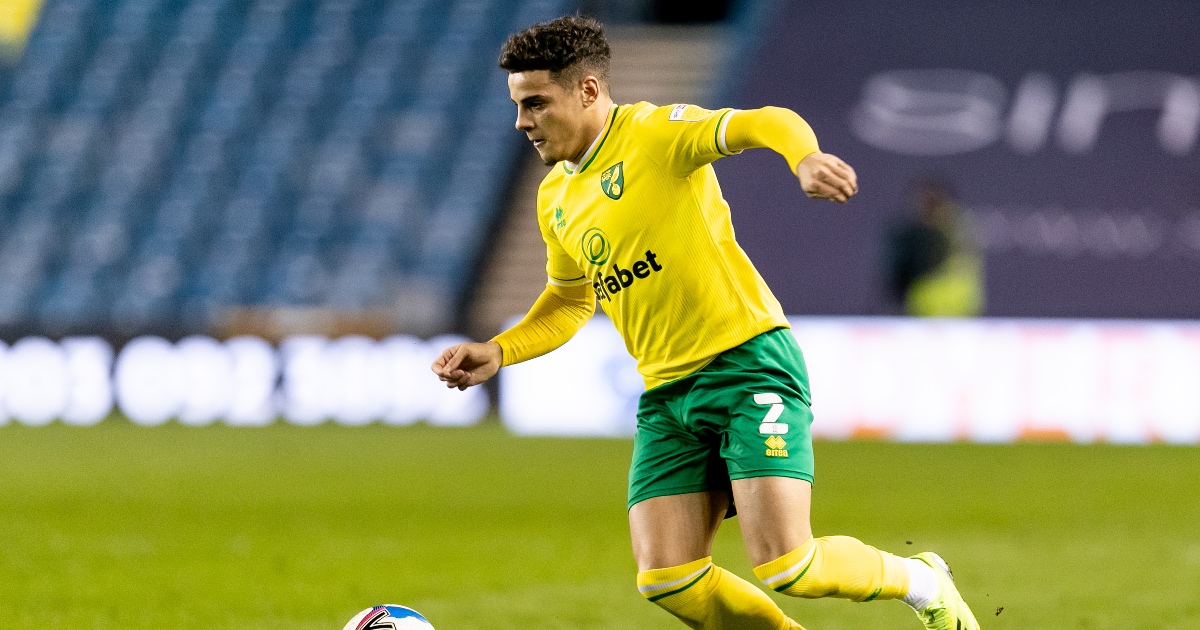 West Ham are reportedly interested in Norwich’s Max Aarons and the full-back has been told he can leave Carrow Road.

The England U21 international has been in brilliant form this season during his 42 appearances in the Championship.

He’s helped the Canaries to secure an immediate return to the Premier League under Daniel Farke.

West Ham view Aarons as a great right-back for the future and will look to sign him this summer, according to the PA News Agency.

It’s thought that Norwich told Aarons last year that he could be sold this summer if Premier League suitors came hunting.

The Canaries will keep true to their word and will accept bids in the region of £30million.

Everton were the first club to be linked with his signature. They see Aarons as Seamus Coleman’s successor.

Tottenham have also been long admirers ever since Mauricio Pochettino was in charge in north London.

Jose Mourinho’s sacking earlier this week doesn’t seem to have changed that.

European giants Barcelona, Bayern Munich and Roma have all sent scouts to watch him, such is his obvious talent.

A move to either West Ham or Spurs looks most likely as Aarons wants to stay towards the south of England.

That will be a major blow to Everton, who might have to pursue other defensive targets.

Aarons has made 127 appearances for Norwich, scoring four goals, since making his debut in 2018.

He helped them to win the Championship title in 2019, but they finished bottom of the Premier League in the following season.

Farke remained in charge and has masterminded an immediate return.

They have a good chance of winning the league title again, too. With three games remaining they are five points ahead of second-placed Watford.

Aarons isn’t the only player who could be on the move in the coming months.

Emi Buendia is the subject of interest from Mikel Arteta and Arsenal. If a permanent move for loanee Martin Odegaard fails, then the Argentinian playmaker will be targeted.

Promotion has triggered Ben Gibson’s £8million move from Burnley after the defender joined Norwich on loan at the start of the season.

The potential sale of Aarons will give the Canaries plenty of money to sign players ahead of their return to the Prem.