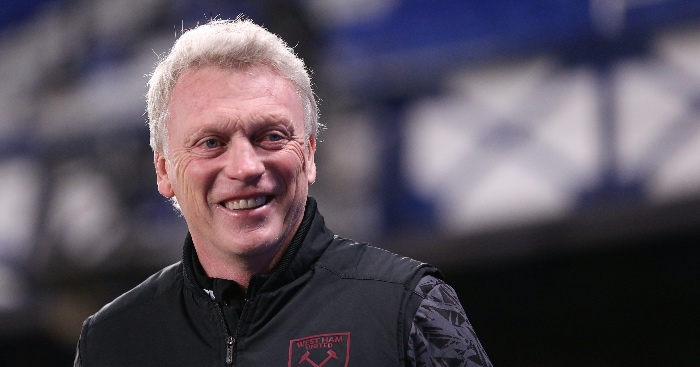 West Ham have joined big-hitters Liverpool and Man Utd in the race to sign Patson Daka from Red Bull Salzburg, according to a report.

Daka is one of the hottest properties in the Austrian Bundesliga right now after scoring 15 goals in 17 appearances.

That includes eight goals in eight league matches, which seems to have alerted a host of Premier League clubs.

He was first linked with Liverpool and Man Utd in August, but now it seems the Hammers are in pursuit.

According to the Express, West Ham have been offered the chance to sign him for just £25 million.

The player is thought to want a Premier League move soon to take the next step in his career.

A deal would be perfect for the London club, who sold Sebastien Haller to Ajax for £20 million recently.

That’s left Michail Antonio as their only true option up front.

The Hammers will have to fend off interest from plenty of top clubs to sign Daka.

Arsenal have also been linked with him as a long term replacement for Alexandre Lacazette.

The Hammers’ transfer hopes are boosted by their relationship with Daka’s agent, Freddie Kanoute. He played for them between 2000 and 2003, making 84 appearances in all competitions.

West Ham chiefs will be hoping to use their links with Kanoute to engineer a transfer.

Daka is a prolific attacker who can also provide for his teammates. He’s scored 49 goals and assisted 20 more in his first 100 appearances for Salzburg.

That means he could be a far more efficient striker than Haller, although Daka is yet to prove himself in a top European league.

Alternatively, West Ham have been linked with Arsenal forward Eddie Nketiah. The young Englishman is searching for game time and could leave the Emirates to become a first team regular.

The Hammers’ interesting search for a striker continues.