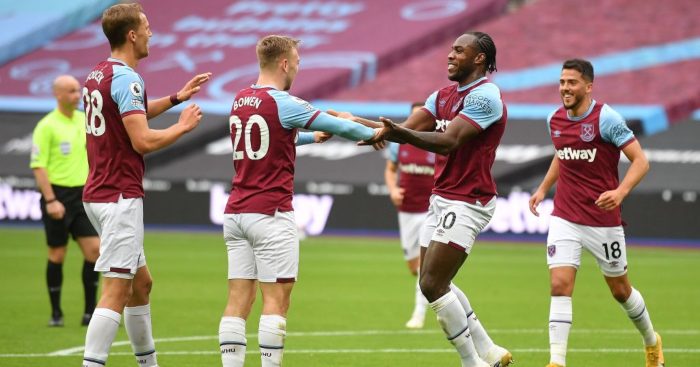 West Ham star Michail Antonio has been ruled out of this weekend’s Premier League game against Liverpool.

The forward picked up a hamstring injury in their 1-1 draw with Manchester City at the London Stadium. This is a blow to the Hammers, as Antonio has been in fantastic form of late.

He has been one of the leading forwards in the Premier League, with him scoring 11 times from his last 13 league appearances.

The Hammers have been in good form recently. They are unbeaten in their last four Premier League games. Moyes’ side have had some tough games. Yet they handily beat Wolves and Leicester City while they drew with Tottenham and Man City.

Moyes has insisted that Antonio’s injury is not too serious, but it will keep him out of this weekend’s game.

During his press conference, as cited by Football London, the West Ham boss compared the impact of Antonio’s injury to Liverpool being without Vigil Van Dijk:

“He’s been great for us, he’s an important member of the team. We don’t think it is too bad but it is enough to keep him out of this game that is for sure.

“We have really shown a great team ethic. We can score from all different areas, we are playing well.

“I am sure Liverpool will say the same with [Virgil] van Dijk. We will miss him, Micky has been as good as any striker in the league.

“You’re playing the champions and it is always a tough game.