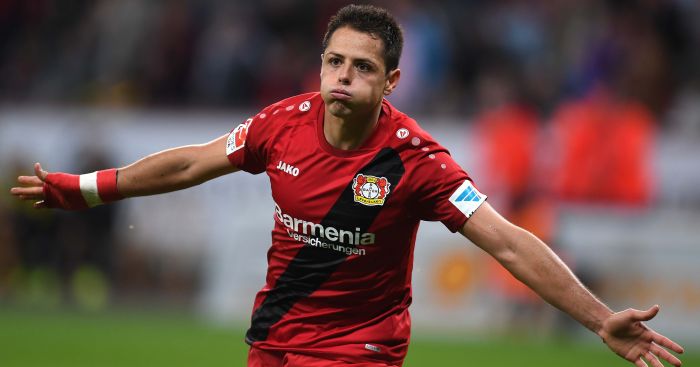 The Hammers have confirmed Hernandez, 29, will arrive in London in the next few days to finalise personal terms and undergo a medical.

The fee is believed to be around £13million.

Bilic has been desperate to sign a forward after injuries to Andy Carroll and Diafra Sakho meant West Ham ended last season with on-loan Jonathan Calleri, who scored one deflected goal in 19 appearances, playing in attack.

Hernandez is a proven Premier League performer, having scored 59 goals during a four-year spell with Manchester United.

The player, known as ‘Chicharito’, then moved to Real Madrid on loan in 2014 and a year later signed for Leverkusen, where he scored 28 Bundesliga goals in 54 appearances.

Assuming the move goes through as planned, Hernendez could make his West Ham debut against former club United at Old Trafford on August 13.