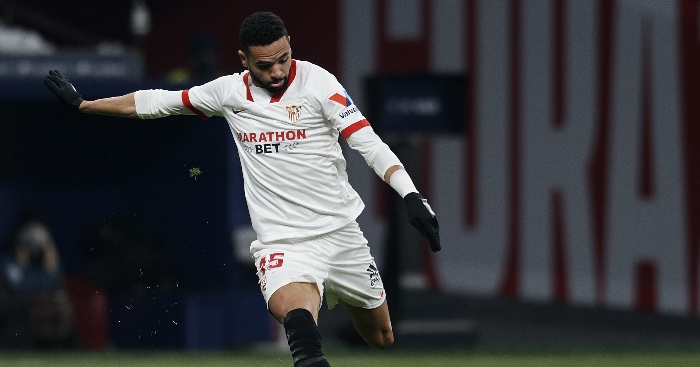 West Ham have reportedly made a £22.5 million bid for Sevilla and Morocco striker Youssef En-Nesyri.

The Hammers sold Sebastien Haller to Ajax for £20 million recently and are now looking for his replacement.

En-Nesyri has been lined up as a potential signing, having scored 12 goals in all competitions this season.

According to The Athletic, West Ham have made an official proposal to sign the 23-year-old.

The Spanish side have rejected the bid, although the Hammers are expected to return with an improved offer.

It was reportedly made over the weekend, shortly after their 1-0 win over Burnley on Saturday.

Michail Antonio scored the only goal as the Hammers moved up to 29 points in the Premier League.

The goal proved Antonio once again to be their talisman, but they are in desperate need of another striker.

The Englishman has a long history of injuries so signing En-Nesyri is a priority.

The Morocco international has scored 18 goals in 51 games for Sevilla since joining from Leganes.

His contract looks set to keep him in Spain until June 2025 but West Ham are confident they can bring him to England.

That helped his side to qualify in second place in Group E, one point behind Chelsea.

The player has also been in good form for his country since making his debut back in 2016.

He’s scored 11 goals in 35 games and remains one of their star players.

En-Nesyri is yet to play in the Prem, so it would be interesting to see how he copes with replacing Haller.

Manager David Moyes wants to bolster his squad this month as they continue to push for a top ten spot.

They are currently ninth in the table, three points ahead of Aston Villa.

West Ham’s next match is against West Brom on Tuesday 19th January.