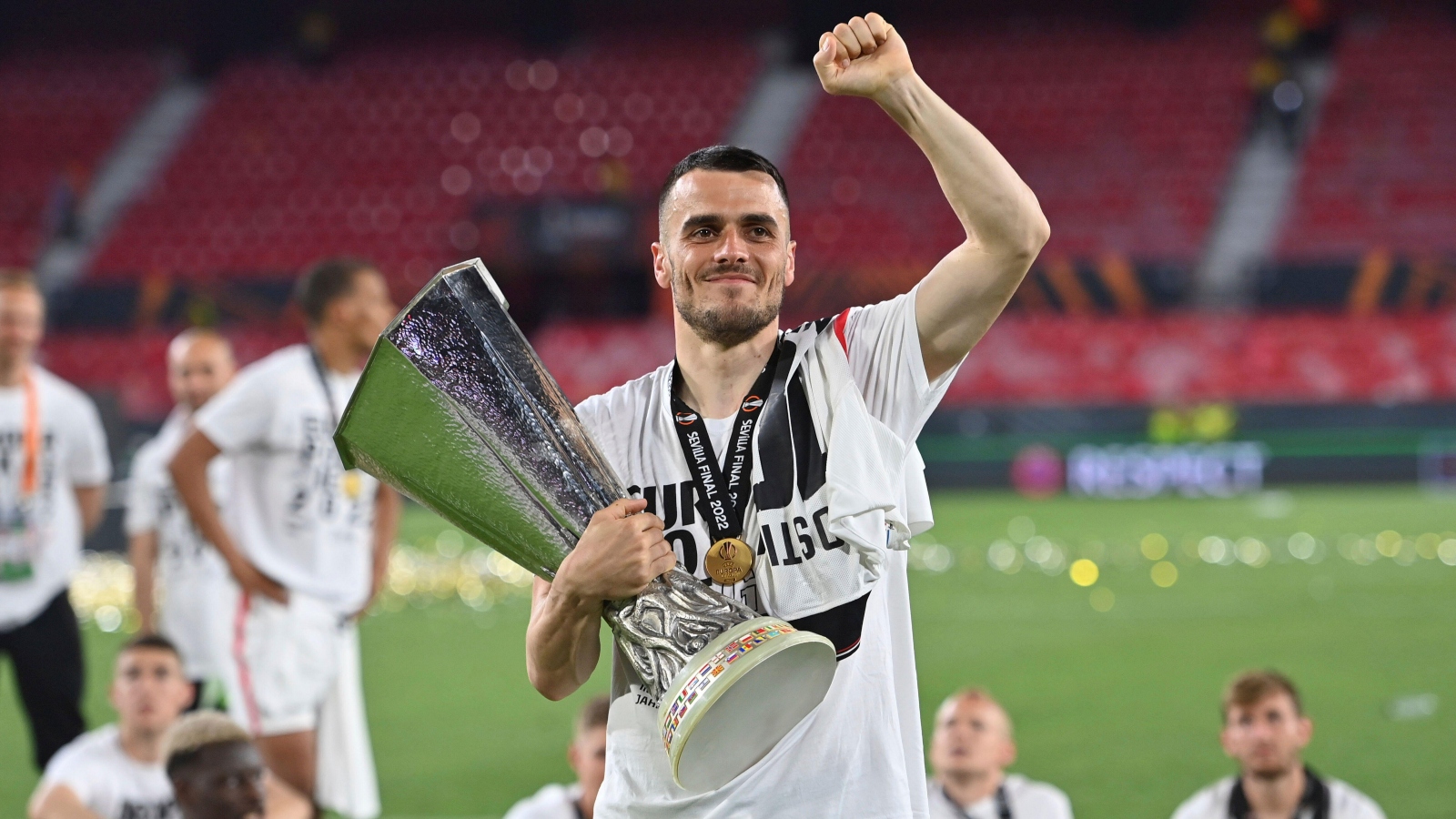 Premier League club West Ham United have made a bid for Eintracht Frankfurt wing-back Filip Kostic, according to reports.

The Hammers currently have Aaron Cresswell and Arthur Masuaku competing for a starting spot in left-back.

David Moyes is believed to be in the market for a new striker and central midfielder, though he is also keen on bolstering his defence following the arrival of Nayef Aguerd from Rennes.

According to The Sun, the Irons have put an offer on the table to sign Kostic, who helped Frankfurt win the Europa League last term.

The 29-year-old impressed for his side in the final, providing an assist for Rafael Borre’s equaliser.

He also shone in the semi-finals against West Ham after the German side disposed of FC Barcelona in the round prior.

Kostic is out of contract next summer so the Hammers are looking to land him for a respectable price.

Interest in the Serbian international accelerated after it emerged that top left-back target David Raum is closing in on a move from Hoffenheim to RB Leipzig.

Raum has agreed personal terms with Leipzig, as per Fabrizio Romano, and a deal is expected to be finalised soon.

West Ham have also made a bid worth ‘more than €40m’ for Sassuolo striker Gianluca Scamacca and remain in talks with Chelsea over Armando Broja.

However, Bordeaux striker Hwang Ui-Jo has claimed that he has received an offer from the Premier League club.

Hwang said (quotes via The Sun): “I am waiting, nothing is decided yet.

“There will be more details to give you depending on the financial situation of the team.

“It is true that offers have arrived from Nantes and West Ham as well.”

The Korean forward has scored 29 goals in three seasons at Bordeaux – who are desperate to raise funds this summer amid their growing financial concerns.