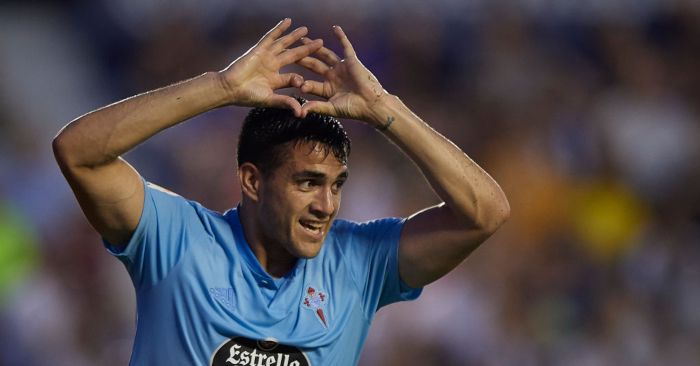 West Ham have made a club-record bid for Maxi Gomez after selling Marko Arnautovic to China.

The Hammers want to use the proceeds of Arnautovic’s departure to fund a move for Celta Vigo striker Gomez.

Arnautovic, the horse in golden shackles, was determined to leave east London this summer after failing to do so in January.

West Ham have accepted a “terrible deal” to offload the 30-year-old, who they signed from Stoke for around £20m in 2017.

Sky Sports say they will receive a slight increase on that figure, with Shanghai SIPG paying £22.4m to sign the Austrian.

West Ham announced his departure in about as short an official statement as possible on Monday, with the club already planning to spend the proceeds.

Sky claim that the Premier League side ‘have offered to meet’ the release clause of Gomez, which stands at €50m (£44.85m).

But Manuel Pellegrini’s side hope to pay the fee in installments, which could prove a problem as La Liga rules state that such clauses can only be activated if paid in full.

‘Discussions are ongoing’ as to the breakdown of the offer, but the player is thought to favour a move to West Ham over fellow potential suitors Valencia.

The Hammers ‘are prepared to pay double what the Spanish side are offering,’ with ‘an agreement over personal terms’ even reached ‘in principle’.