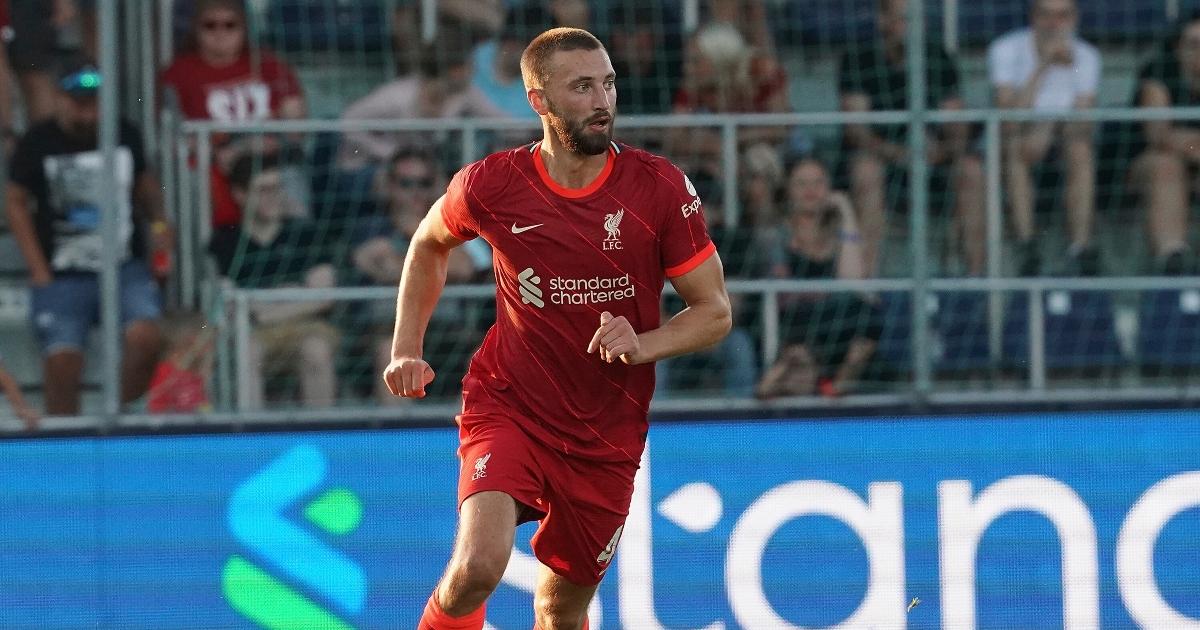 West Ham United have made contact with Liverpool over the potential signing of defender Nat Phillips, according to a report.

Phillips became a surprise hero at Anfield last season due to the club’s injury saga and has since attracted the attention of fellow Premier League clubs.

Brighton, Newcastle United and Southampton are the other teams who have been linked with a move for the centre-back.

He put in some solid displays during his 20 appearances and even scored his first Premier League goal against Burnley on the penultimate day of the season.

Van Dijk and Gomez are progressing nicely as they return from injury and the Merseyside club have added Ibrahima Konate to their ranks after a transfer from RB Leipzig.

Their increased depth for the upcoming season could result in a move for Phillips, and Liverpool will likely be all over the chance of cashing in on the 24-year-old whilst his stock is at its highest.

There could be an intense battle for his signature, with The Athletic claiming that West Ham have made contact with the Reds over a transfer.

The ex-Stuttgart loanee was asked about his situation at the Reds recently, saying:

“In terms of Liverpool, they obviously play a huge amount of games every year. Game-time is never guaranteed for anyone, but it would depend on whether there’s enough opportunity within those games for me, I guess.”

In May, former Liverpool goalkeeper David James urged his former club to use Phillips as van Dijk’s partner in defence next season.

“He’s got everything you want in a defender.

“If you have someone like van Dijk, you have the experience and the speed to back him up. Nat Phillips and van Dijk would make a wonderful partnership.”