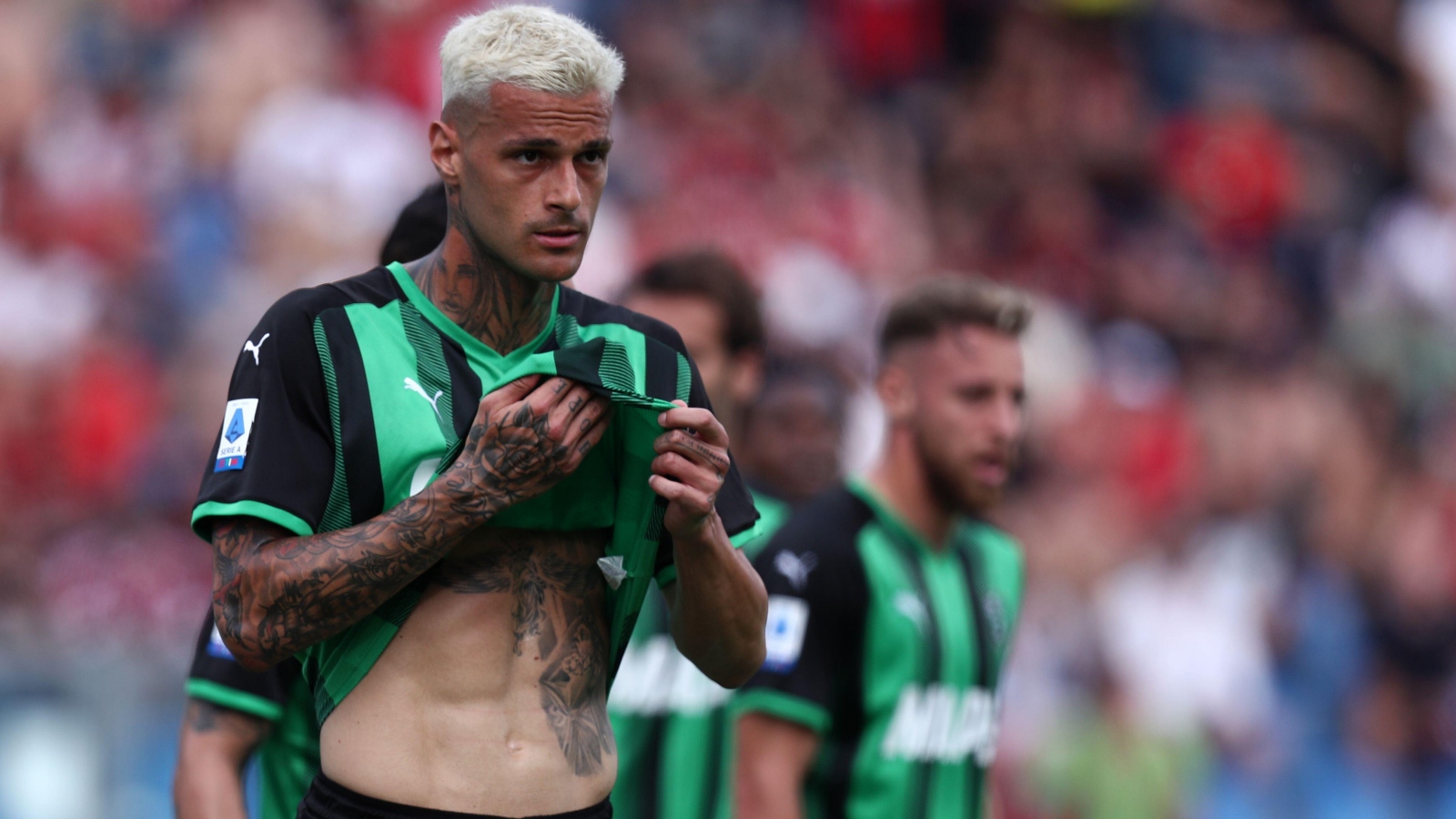 West Ham United have lodged an official bid worth ‘more than €40million’ for Sassuolo striker Gianluca Scamacca, according to reports.

Interest in the Italian international is believed to be high, with West Ham chasing both him and Chelsea’s Armando Broja.

It has been reported that the Hammers are willing to spend up to £100m on Scamacca, Broja and Lille midfielder Amadou Onana.

And according to Sky Sports, the Premier League club have now put an offer on the table for the Sassuolo forward.

Dharmesh Sheth reported on Thursday that West Ham have offered ‘more than €40m (£34m)’, with the Italian outfit asking for €50m.

‘Positive discussions’ are ongoing between the clubs, while dialogue between the Irons and Chelsea ‘remains open’ over Broja’s potential departure from Stamford Bridge.

Broja’s future is very much up in the air. Napoli have reportedly joined the race to sign the Albanian – who spent last season on loan with Southampton.

While it has been reported that the young striker wants to leave Chelsea, Blues boss Thomas Tuchel admitted on Wednesday that he does not expect Broja to move this summer.

The German head coach said: “I don’t expect him to leave. I’m aware of the offers and aware of the interest. We will make a decision together, the owner and me and the player. When he arrived it was clear he is trying to impress and become a Chelsea player.”

Tweeting on Wednesday afternoon, reliable transfer journalist Fabrizio Romano revealed that West Ham and Chelsea are still in ‘direct negotiations’, though the Blues are ‘figthing’ to keep hold of Broja as Tuchel is a ‘huge fan’.

After his loan spell at St Mary’s last term, the two Premier League clubs are only negotiating a permanent move for the player.