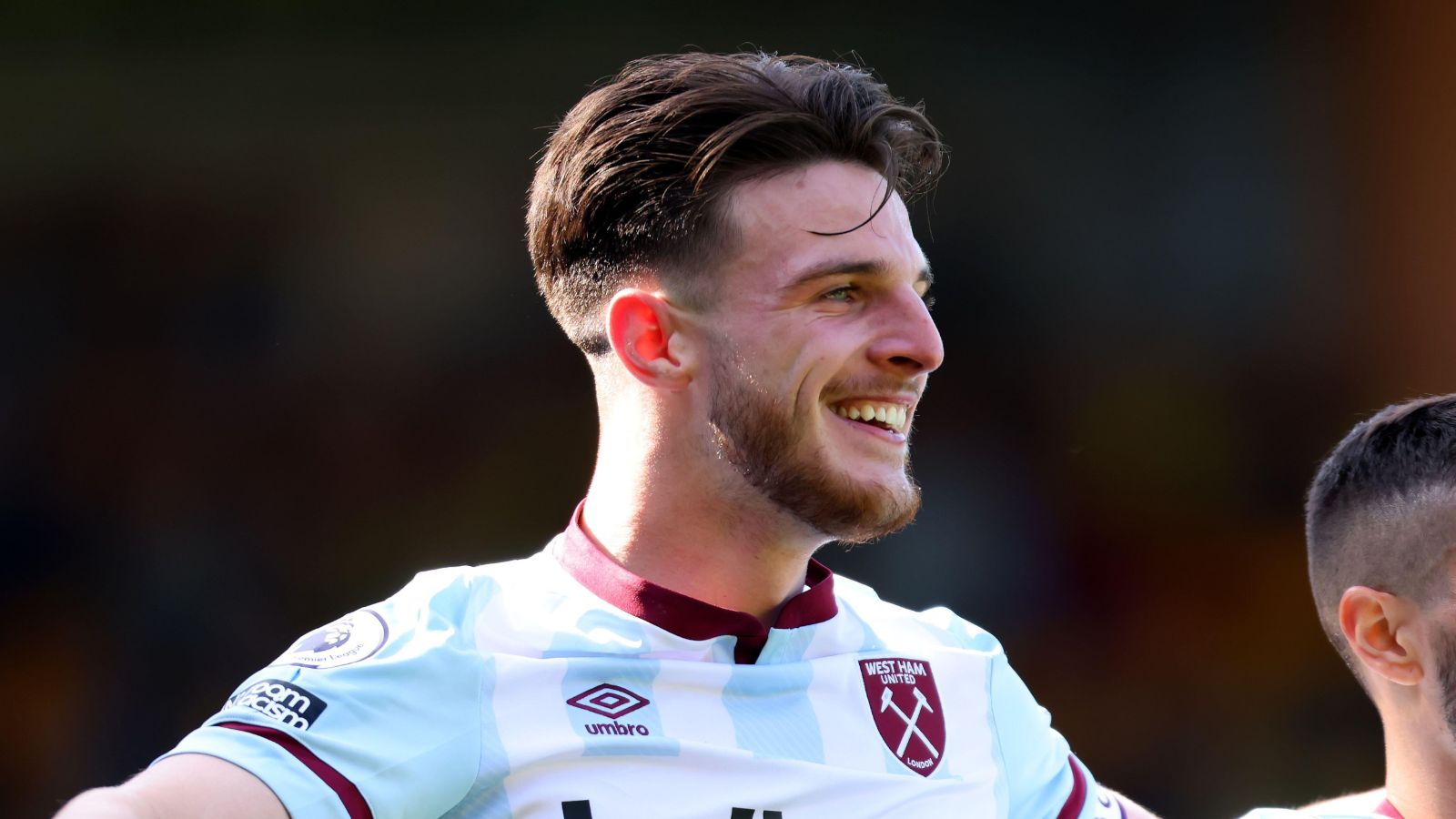 Simon Jordan has mocked West Ham United amid reports that they have offered Man Utd target Declan Rice an eight-year contract worth £200,000 per week.

Rice has been a standout performer for West Ham United and England in recent seasons.

The Hammers are desperate to keep him, with David Moyes even suggesting that they value him at £150m.

This is amid reports suggesting that Man Utd have a ‘clear path’ to Rice this summer. His current contract is not due to expire until 2024.

TalkSport are reporting that West Ham has offered the player a new eight-year contract. If he signed this deal, he would earn around £200,000 per week.

Ex-Crystal Palace owner Jordan has ridiculed the Hammers for this offer:

“What a load of rubbish,” Jordan told talkSPORT.

“Who’s gonna sign, a player in the pomp of his career with a marketplace that is supposedly bounding towards signing him, who’s going to sign an eight-year deal with West Ham? Why would you do it?

“We knew who the suitors were for Harry Kane last year because they popped their head above the parapet and it was clear to us that it was Manchester City. But who are these suitors for Declan Rice?”

Earlier this week, Rice hinted that he was planning to stay at West Ham beyond this summer.

Speaking on their run in the Europa League, he said: “I’m proud of the lads because we’re not the biggest of squads, so to go week in, week out again and again and again, training and playing Thursdays and Sundays, away from home and away from families has been tough.

“But in the end, we’ve had a great year and we’re ready to go again.”