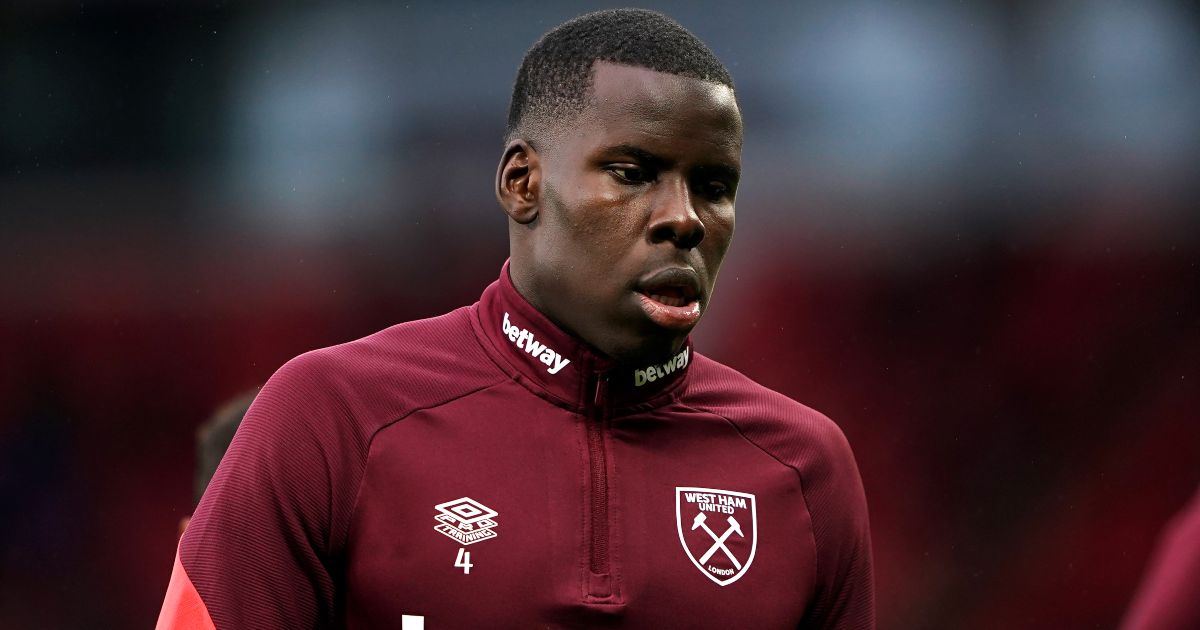 The defender, who found himself at the centre of a storm following a social media post which showed him slapping and kicking his pet cat, withdrew from the team to face Leicester last weekend after feeling unwell during warm-up.

Asked if Zouma was in contention to face the Magpies, Hammers boss David Moyes said: “Well, he’s better, but it’s taken him a couple of days to get over it.

“He had quite bad sickness and illness, but he’s trained the last couple of days, so I’m hoping that he’ll be available.”

Asked how Zouma was mentally, Moyes added: “I think he’s probably really disappointed about what he’s done and he’s thinking about it a lot, no doubt, but overall we have tried to get him to move on.

“We want him to concentrate on his training. He played very well for us against Watford the other week there, so we’re hoping that we can keep him at those levels of performance – we’ll be pleased with that.

“He’s really well-liked here amongst the supporters, the performances he’s put in throughout the season already, so hopefully he can focus on his football and we’ll give him as much support as we can until we get him right back to his best.”

On the overall fitness of the squad, Moyes continued: “I wouldn’t give anything away. We have a couple of knocks. All clubs will have them. We just need to make sure we can be ready for tomorrow.”

Michail Antonio started the season in amazing form for West Ham but the Jamaica international has scored just three goals in his last 22 appearances in all competitions.

On Antonio, Moyes added: “I want him to get on the goalscoring sheet regularly. We’re fourth in the Premier League as goals scored goes. Generally, any football manager would probably want the goals to be shared around because it shows you can score from different areas.

“I want to get Mick back to the levels because he’s really important. We’re just beginning to see little bits which are giving us encouragement he’s getting back and I don’t think it’ll be too long before he’s back on the scoresheet.”