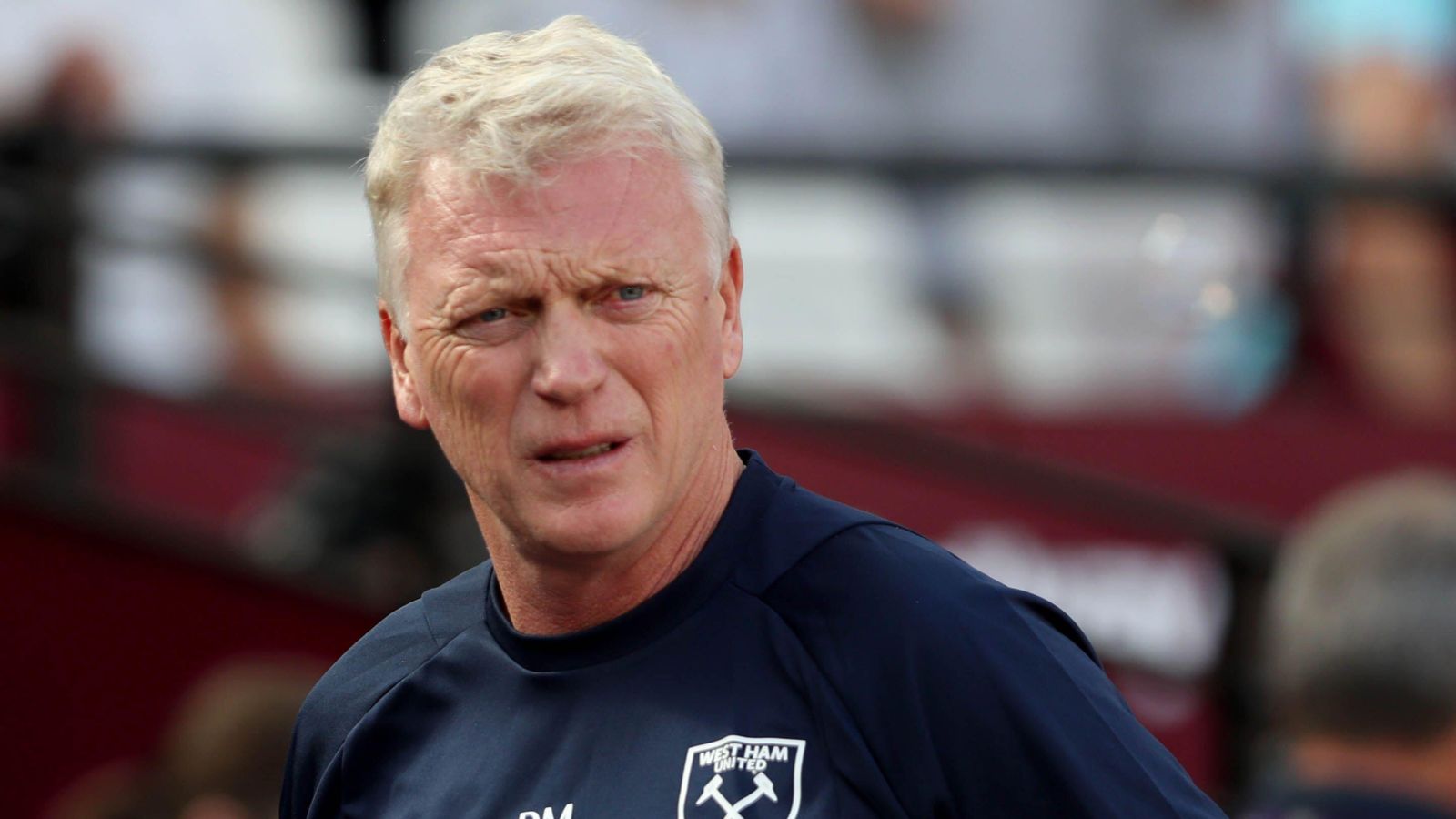 However, the Hammers boss has been left frustrated in his ambitious bid to land Matheus Nunes from Sporting Lisbon.

He admitted: “We’re not any further forward with it at the moment, but we are progressing.”

Portugal midfielder Nunes has also been linked with a move to Liverpool and Wolves, and Moyes added: “Yes, we bid for him, but the boy chose not to come.”

The Scot can hand a debut to winger Maxwel Cornet, who signed from Burnley last week, when West Ham travel to Nottingham Forest on Sunday.

He may also give a first start to Gianluca Scamacca, the Italy striker who came on at half-time during last weekend’s defeat by Manchester City.

“Yes, I think they’re ready to start,” he said. “I think it’s just a decision if we’re ready to play them yet.

“They’re getting much closer to it, that’s for sure, now they’ve had a few weeks training.”

Moyes added: “Forest is a big challenge. You only need to look at what Fulham have done in their first game, what Bournemouth have done.

“If you had a choice, you wouldn’t want to play the newly-promoted sides towards the early games of the season.”

Meanwhile, the price of food and drink at the London Stadium will be reduced after complaints from fans.

Hammers supporters had to fork out up to £7.30 for a pint of beer at the first home match of the season last Sunday.

But the PA news agency understands the matter is under discussion between the club, catering company Delaware North and London Stadium bosses, and the prices will be lowered.