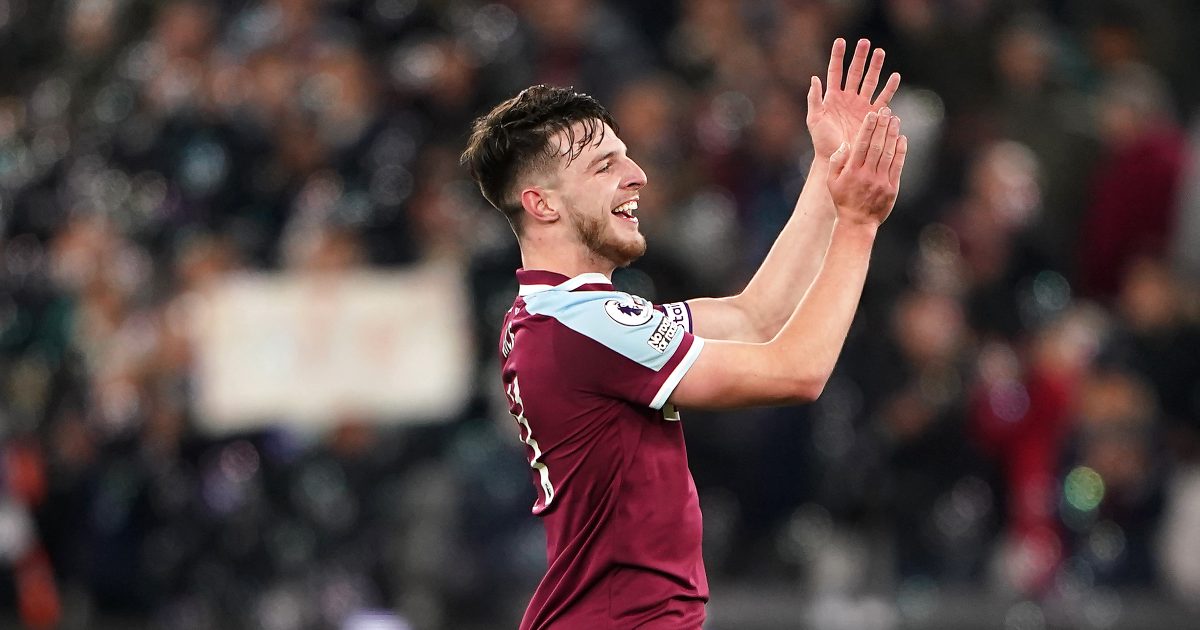 Paul Robinson has claimed that the “only chance” West Ham have of keeping Declan Rice is if they finish in the Champions League places this season.

Rice’s form for his boyhood club has stepped up a level since the start of last season. He shone for West Ham last term as they finished sixth in the Premier League.

The midfielder went onto play a key role for England at Euro 2020. He was one of Gareth Southgate’s best players as they reached the final of the tournament.

The 22-year-old has also made a great start to the 2021/22 season. The Hammers currently sit third in the league after eleven games.

He believes that Rice is “the best midfielder in the country”:

“Champions League qualification is the only chance West Ham have of keeping Declan Rice.

“West Ham are doing unbelievable things under David Moyes. He has built a great squad there. As a team, they have surprised a lot of people.

“If they continue to perform like this, Rice will want to stay.

“He is arguably the best midfielder in the country.

“As I say though, the only way he stays is if they finish in the top four. There will be a good chance of him leaving next summer if not though as big clubs are interested in him.”

“I don’t think he’d move to Manchester United, I really don’t. If you look at both teams and both sets of players, he’s better off staying at West Ham for me.

“There’s a bit of glory there [Man United], obviously, because they’ve got 75,000 fans in the stadium, they’re supported throughout the world. But where have you got a better chance of picking up silverware?”

Sinclair then tipped Rice to move from one of his former clubs, to another.