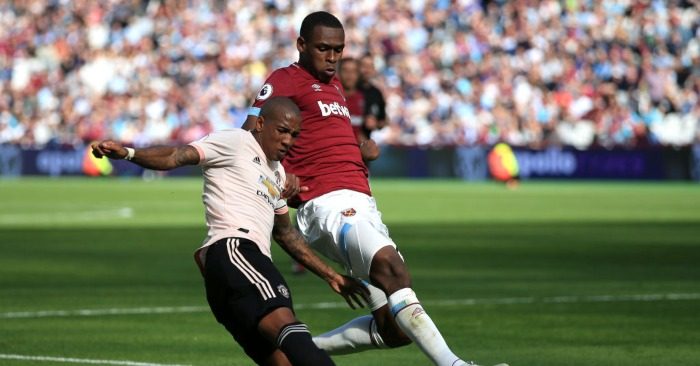 Manchester United have offered two defenders as part of a ‘£45m plus player’ offer for West Ham defender Issa Diop, but have been turned down, according to Sky Sports.

Diop – described as a “monster” by former United manager Jose Mourinho last season – joined West Ham for £22.5m last summer and United offered to double that fee and throw in a player, but the Hammers turned down the offer.

It is presumed that United offered either Phil Jones or Chris Smalling in part-exchange for Diop, who was excellent for West Ham in his first season in the Premier League.

Issa Diop would be cheaper & younger alternative for Manchester United than Kalidou Koulibaly or Harry Maguire. £45m offer was discussed plus a United player. United players offered were both defenders. West Ham not interested

It is thought that West Ham will not accept a fee of less than £60m for Diop, which would still make him considerably cheaper than Kalidou Koulibaly or Harry Maguire.

It is thought that Maguire would prefer a move to Manchester City but that United are the only club still showing interest as the price has crept up to a barely believable £90m.