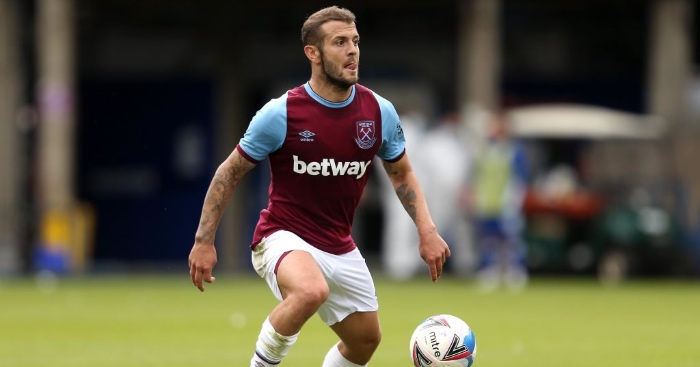 West Ham are in talks to cancel Jack Wilshere’s contract by mutual consent, according to sources.

Wilshere signed from Arsenal in 2018 but has failed to break into the first team after repeated injuries.

He’s only made 18 appearances for the Hammers, managing one goal and one assist during that time.

According to the Daily Mail, West Ham are now planning to cancel his contract to free up transfer funds.

Wilshere is one of the biggest earners at the club, taking home a reported £100,000 a week.

That puts him second behind Ukrainian winger Andriy Yarmolenko. He earns £115,000 a week and has recently been linked with a move to China.

If manager David Moyes can offload those two players, it would help to boost his summer overhaul before the transfer window closes on 5th October.

Wilshere has previously spoken of his failed time at the London Stadium. He told Stadium Astro: “It hasn’t worked out for me, I’ll be honest. It hasn’t gone the way I wanted it to, I’ve missed too much football, I haven’t played enough games.

Wilshere joined West Ham on a free transfer after leaving Arsenal. He’s also played on loan for Bournemouth in the Premier League.

No clubs have declared any interest in Wilshere just yet, although he’s been advised by Ray Parlour to drop down to the Championship in search of regular first team football.

West Ham have failed to bring in any new players since the permanent signing of Tomas Soucek from Slavia Prague.

They’ve had two bids for Burnley defender James Tarkowski rejected so far this summer. The second bid, worth around £30 million, is some way off Burnley’s £50 million valuation of the player.