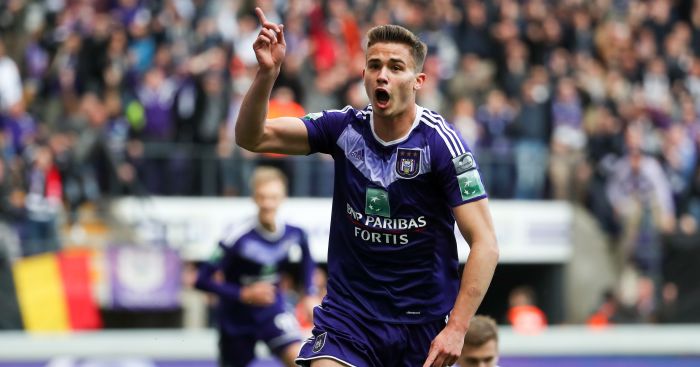 Anderlecht have named their price for midfielder Leander Dendoncker, with West Ham entering the running.

Dendoncker has long been linked with a move to the Premier League, with Manchester United heavily interested last year.

But the club appear to have dropped out of the race to sign the Belgian, and West Ham have taken their place.

The Hammers are known to be in the market for a central midfielder this month, and 22-year-old Dendoncker has impressed for Anderlecht in recent season.

They opened their line of questioning with Van Holsbeeck by stating: “Dendoncker, on the other hand, is highly courted, notably by West Ham.”

The general manager replied: “If you let go of your centrepiece, it must be for a lot of money and we must also be able to find someone to replace him, even for 6 months via a loan.