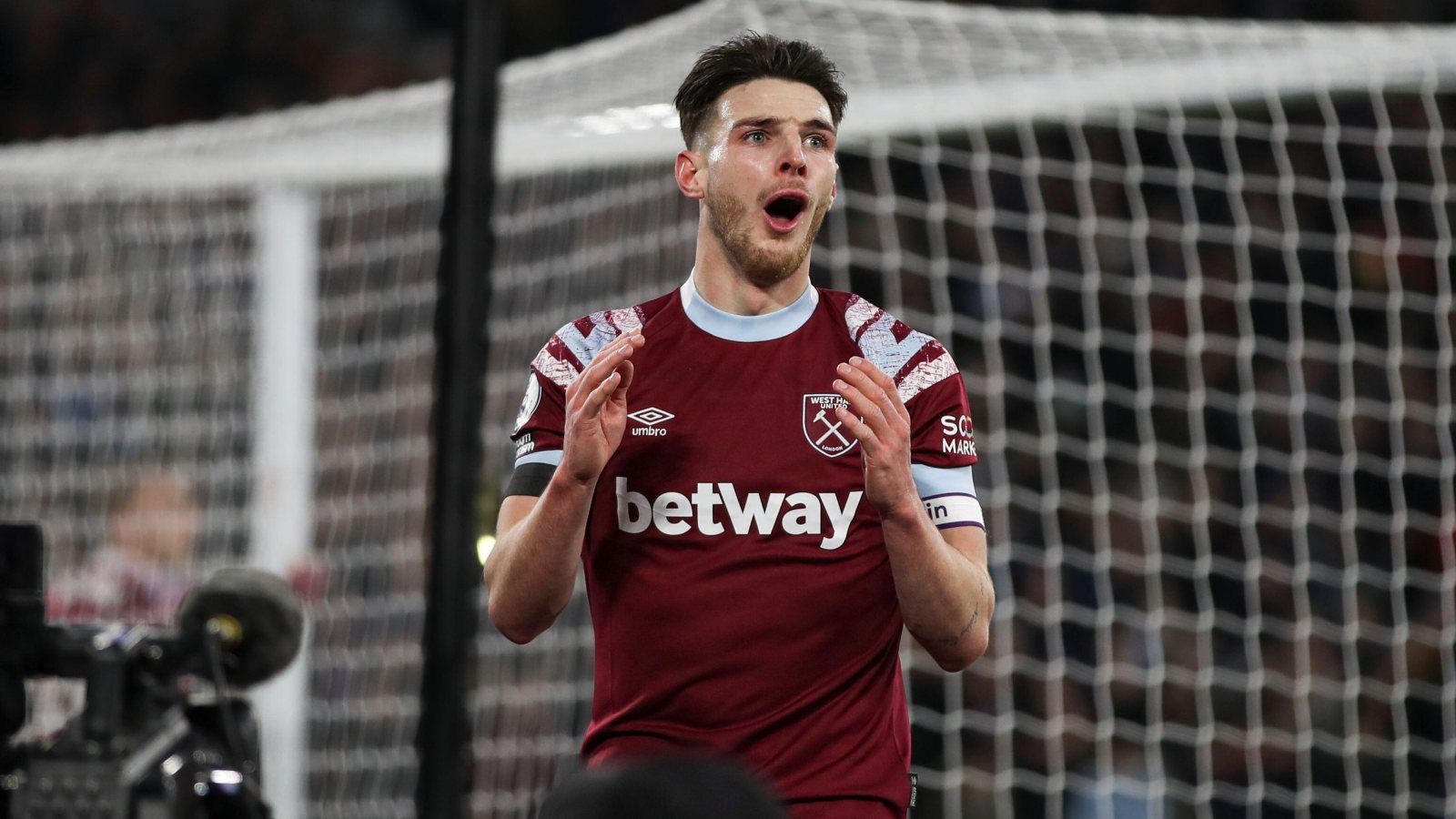 West Ham midfielder Declan Rice has promised Arsenal that he is committed to joining them in the summer transfer window, according to reports.

The England international has been brilliant for several seasons now in east London with the Hammers youth product racking up 221 senior appearances for the club since his breakthrough season in 2017-18.

Despite loving West Ham, Rice has openly admitted that he wants to be playing Champions League football and challenging for major honours.

And that only seems possible by playing his football away from the London Stadium with West Ham slipping into a relegation battle this season under David Moyes.

There will be plenty of interest in the summer for Rice, who is a regular in Gareth Southgate’s England squad, with Arsenal, Manchester United, Liverpool, Chelsea and others all linked to the 24-year-old.

However, in recent weeks there has been growing reports that Arsenal are starting to emerge as the favourites for his signature due to their position in the league and the impressive nature of Mikel Arteta.

A report on Saturday insisted that Rice was ‘favouring’ a move to the Emirates Stadium and that the ‘prospect of playing for Mikel Arteta’ was the main reason for his thinking.

Arsenal have also helped themselves by climbing to the top of the Premier League table at the midway point in the season with Arteta’s men five points clear of second-placed Manchester City, who they have a game in hand on.

And now Spanish publication Nacional claims that Real Madrid had Rice ‘on their agenda’ ahead of the summer and have been ‘following the West Ham United captain for a long time’.

It is understood that Rice is ‘very disenchanted’ with the situation under Moyes at West Ham with the England star ready to ‘pack his bags in the summer market’.

But he has told Real Madrid there is ‘no chance that he will end up joining’ them after Rice ‘already decided where his next challenge will be’.

Nacional insist that ‘he has given his word to Arsenal’ over a summer transfer with Arteta ‘asking’ the club to push the boat out for Rice in the summer.

It is claimed that the transfer is ‘completely closed’ and £80m-rated Rice will become ‘the most expensive deal’ in Arsenal’s history.