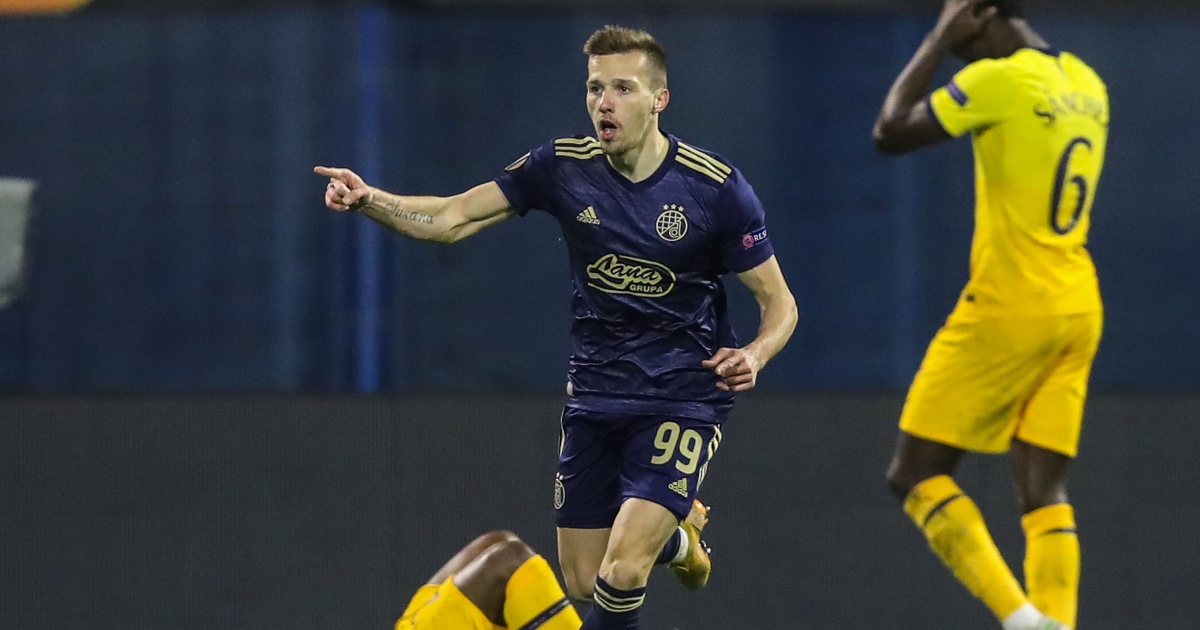 The left winger single-handedly overcame a 2-0 first leg deficit to cause an upset in the Europa League round of 16.

That performance led to plenty of interest from across Europe, as Orsic announced himself as a top player.

Earlier on Friday, reports suggested that Arsenal were hoping to bring the player to the Premier League.

They’re impressed by his brilliant display against their rivals and want to reward him with a major move.

According to Football Insider, West Ham will rival Arsenal for Orsic’s signature in the summer transfer window.

David Moyes is keen to bolster his attacking options and views the 28-year-old as a perfect solution.

Orsic mainly operates on the left but can also play on the right or just behind the striker.

Add to that his five goals in the Europa League and it’s clear to see why Prem clubs are chasing him.

Orsic represents a cheaper option for both West Ham and Arsenal compared with their other targets.

Dinamo are a club used to selling too, so it wouldn’t take a massive fee to sign him this summer.

Orsic has already proven his ability to score against top sides with his hat-trick against Spurs. His other goals in the Europa League have come against CSKA Moscow and Krasnodar. He will expecting to continue his form against Villarreal in the next round of the competition.

It’s thought that he could become a star in the Prem if he fits into the right system.

Arsenal boss Mikel Arteta could bring Orsic to the Emirates to provide competition with his existing wingers.

Bukayo Saka, Willian and Nicolas Pepe have all played there this campaign, with varying levels of success.

Moyes, meanwhile, is aiming for Orsic to link up with current attackers Michail Antonio and Jesse Lingard.

Lingard has been excellent since joining on loan from Manchester United. If the Hammers can sign him permanently and bring Orsic to London, then their success in the Prem could continue next term.