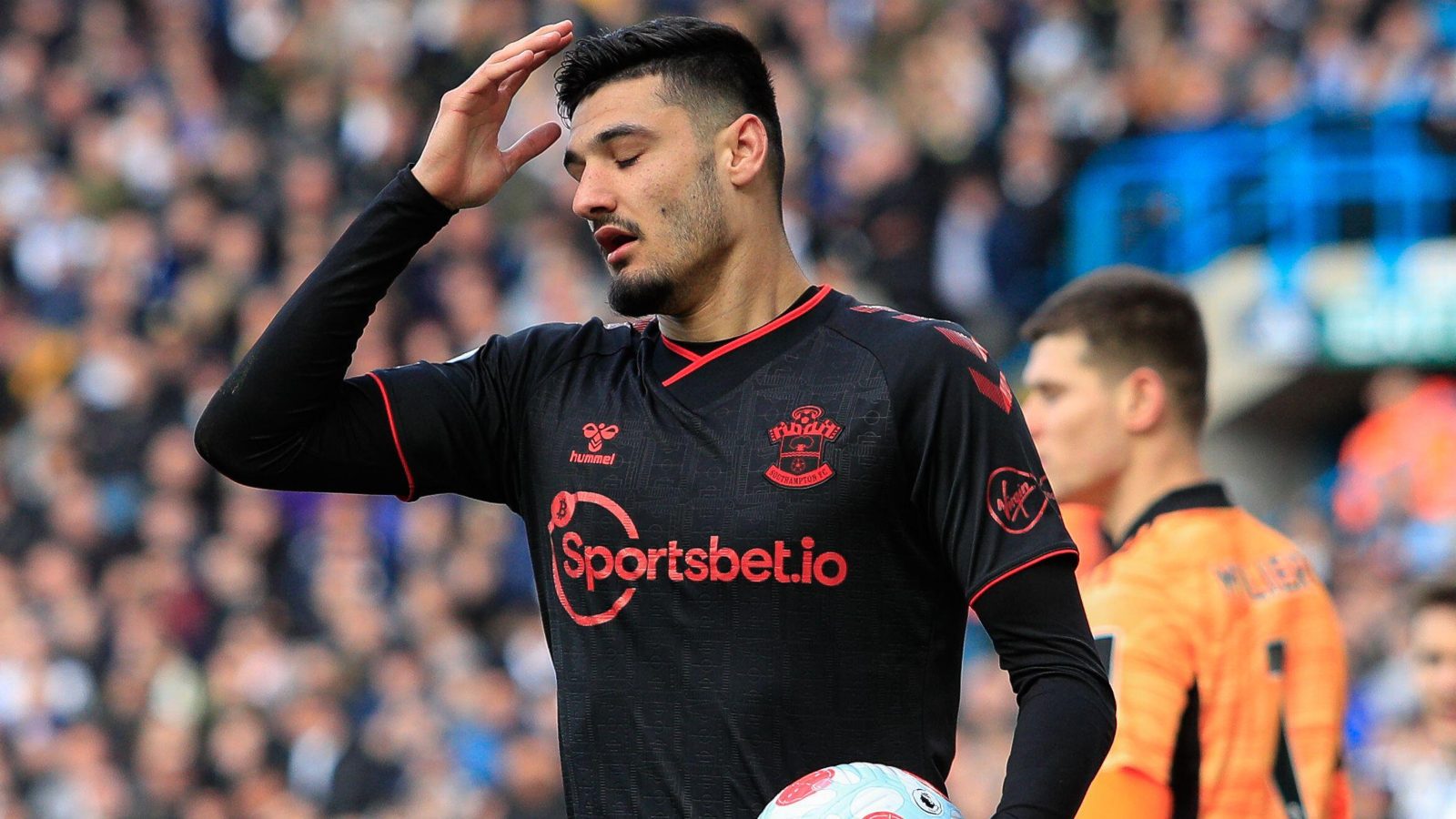 West Ham are reprotedly set to bid in the region of £30m for Chelsea striker Armando Broja.

David Moyes is said to have identified the Albania international as West Ham’s top striker target this summer.

READ MORE: Nayef Aguerd is a start but West Ham remain in an uneasy state of detente

The 20-year-old impressed on loan at Southampton last term, scoring nine goals in 38 appearances in all competitions, and that form has persuaded Moyes to move for the striker, according to Sky Sports.

Should the Hammers land Broja he would be their second new addition of the summer following the signing of defender Nayef Aguerd from Rennes for £30m.

On Aguerd, Moyes told the club website: “I am delighted to welcome Nayef to West Ham United. We have tracked his progress for some time and I’m very pleased that we have been able to complete the signing.

Aguerd began his career with FUS Rabat in his homeland before moving to France in 2018 to join Dijon and then transferring to Rennes in 2020.

“I was really excited when I heard about West Ham United’s interest,” said the player.

“When I heard about it, I knew I needed to go to the Premier League, because it’s a dream for every player.

“West Ham is a historic club. I talked with the manager and he showed me that he was very interested, so it was easy to choose to come to West Ham.”

Southampton are believed to still be interested in Broja and Ralph Hasenhuttl is a huge fan following the player’s spell at St Mary’s in 2021-22.

Speaking in April, the Saints boss admitted that the club were struggling to find the right person at Stamford Bridge to negotiate with over a permanent transfer.

“We are discussing this topic in the moment,” the Austrian said of Broja’s situation.

“We all know the situation at Chelsea that there are a lot of changes there.

“In the moment, it’s not so easy to find the right person to talk to and to speak about futures of players.

“It’s maybe easier to concentrate on your job, to do a good job until the end of the season. That helps him, that helps us.

“The higher we end up in the table, the more attractive we are for all of the players and this is the goal for the last seven games we have.”