Benrahma has joined West Ham on an initial loan spell and will sign permanently next summer. 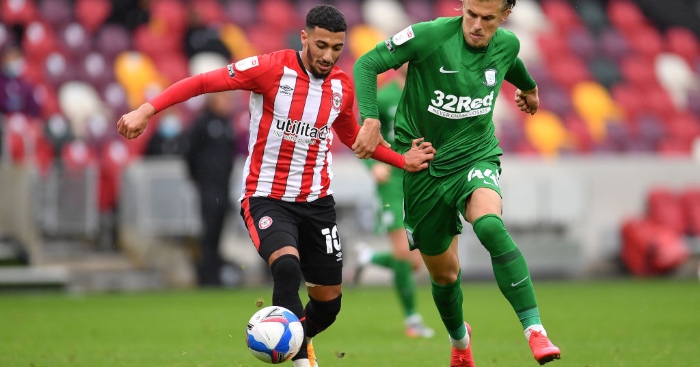 West Ham have signed Algerian winger Said Benrahma from Brentford for £30 million, the club has announced.

Benrahma was due to sign earlier today after the two sides agreed on a deal. However, he reportedly failed his medical which put the transfer in jeopardy.

The Hammers were one of numerous clubs chasing the player’s signature during the summer. Arsenal, Aston Villa and Crystal Palace were all thought to be interested in him.

FEATURE: From £900k to £44m – Every Championship club’s biggest sale

West Ham posted an update on their official Twitter account saying: “We are pleased to announce the signing of Algeria international Saïd Benrahma on loan from Brentford. #WelcomeSaid.”

The deal involves an initial loan spell for this season, which will cost the London side £4 million. They will then be obliged to pay £26 million to sign him permanently next summer.

Benrahma became one of the most valuable and sought after players in the Championship after his impressive performances last campaign.

He scored 17 goals and assisted a further nine in 46 appearances as Brentford reached the lucrative play-offs. However, they lost in the play-off final to Fulham which resulted in increased demand for their in-form players.

Striker Ollie Watkins soon joined Villa for around £28 million following his scoring exploits in the second tier. He seems to be getting used to Prem football well, after scoring a hat-trick in the side’s 7-2 win over Liverpool.

Benrahma will now join his former teammate in the top flight. The Algerian will play with the likes of Jarrod Bowen, Sebastien Haller and Michail Antonio in the Hammers’ forward line.

It’s unclear at the moment whether he will be eligible to play in this weekend’s Prem fixture. They play Spurs away from home on Sunday at 16:30.

The club’s main outgoing was Grady Diangana, who signed for West Brom for a £20 million fee. The transfer led to club captain Mark Noble to speak out about the way transfers were being handled.